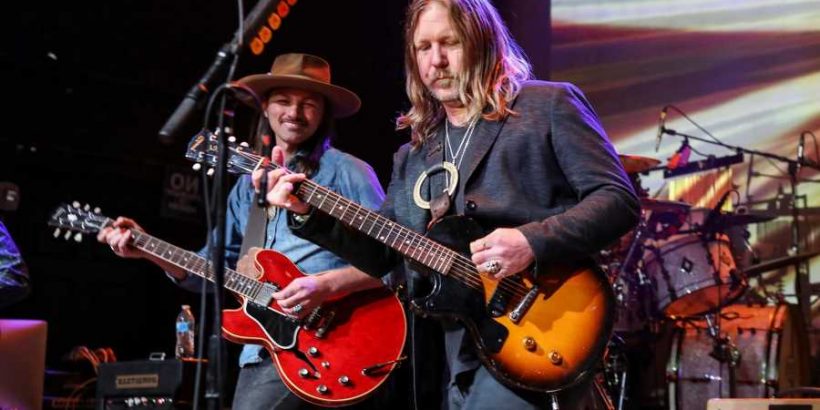 The life and music of Gregg Allman will be celebrated with an 18-city Allman Family Revival tour that kicks off November 27th in St. Louis and wraps up December 19th in Los Angeles.

The Allman Family Revival began as a celebration of Gregg’s 70th birthday in December 2017. It’s grown into a yearly tradition, and this year they’re planning Last Waltz-style evenings packed with musical collaborations.

The Kid Laroi Plots 'End of the World' Tour

The United States of Weed

“I like having artists that knew Dad, played with him, maybe were an opening act, or were really influenced and inspired by him,” Devon Allman says in a statement. “As for a venue, I prefer those turn-of-the-century to mid-20th century, old-school theaters. They are just gorgeous inside, sculpted for sound, and provide the perfect location for these very special shows. I love for this concert to feel like a night at the theater for our audience.”

“I don’t think that that would be very respectful of the legacy,” Devon Allman told Rolling Stone in 2018. “It’s always going be a balance, and my number one thing is integrity and class. So is there a way to kind of perpetuate it within a loose framework? Yes. But to come out and use their name, or the mushrooms and the peaches after they worked hard for all that? No. It’s one thing to play a handful of songs and tip your hat to them and give the people that nostalgia. It’s quite another thing to open up shop on a business that wrapped up their shop already.”