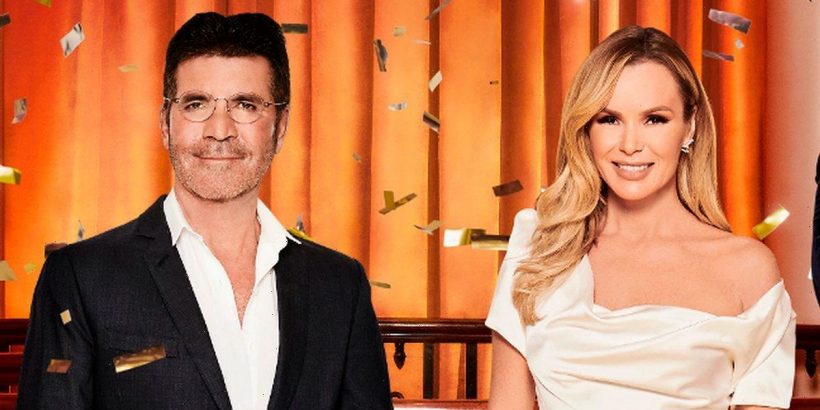 Amanda Holden confessed she was one of the first people to hear the news of Simon Cowell's upcoming nuptials.

People were left shell-shocked after the news emerged that Simon Cowell, who previously shared his lack of interest for getting married, was engaged to long-term girlfriend Lauren Silverman.

It is said that Simon, 62, popped the question to his girlfriend of 13 years Lauren, 44, during a romantic and lavish holiday to Barbados.

Heart Radio host and Britain's Got Talent co-star Amanda has now revealed that she was actually informed about the sweet news in a late night text which merely read: "It's happening".

Speaking on the show with her Heart FM co stars Ashley Roberts and Jamie Theakston, Amanda said: "I have to say, I'm probably as shocked as Lauren!"

Ashley questioned: "Because Simon said he would never get married?"

Which prompted Amanda to respond: "Simon said he would never get married, and obviously Lauren has been by his side and you know they've been through so much together. I think she's the one, but I don't know if she ever thought he would put a ring on it!"

Prior to the rest of the world finding out, Simon text a number of close pals – and Amanda was one of them. She said: "And then last night we all got the text saying, 'It's happening,' and we couldn't believe it, and I knew it would be in the papers today if we got the text last night.

As Jamie prodded Amanda for information, she confessed she hasn't quite got all the details yet, but he asked if it was likely to take place in 2022.

Amanda added: "I would love to think so, I'm literally messaging them as we speak going, 'Do I need to book flights to Barbados because I want to get in before the prices go up, let me know.

"Also I've got to book time off work, I've got to get a hat, I'm thinking, 'Who's going to look after the kids? Are the kids invited?' Come on!"

She joked: "Honestly, they need to think about the guests!"

Simon and Lauren's engagement was revealed on January 11 to The Sun as a source said that Lauren was left "absolutely stunned" and she "never expected Simon to pop the question".

The source reported that she burst into happy tears and said yes immediately.

Amanda Holden and Jamie Theakston appear on Heart Breakfast weekdays from 6:30am to 10am.

What Comes Out On Netflix In June 2022? Check Out The List Here!

Muse to Step in for Foo Fighters at Aftershock Festival