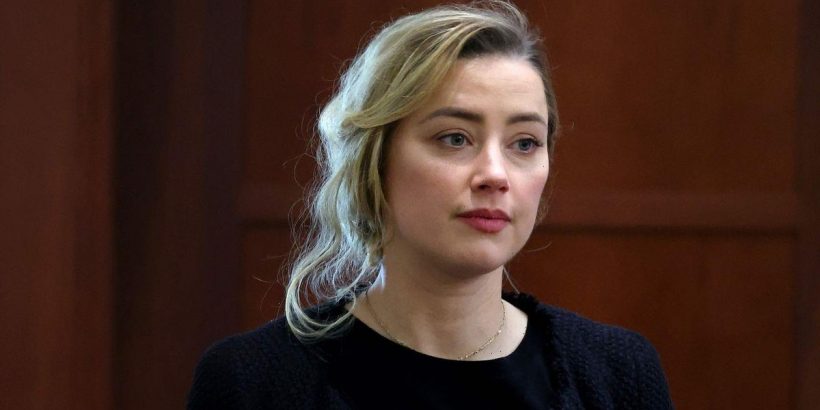 Amber Heard has reportedly fired her PR team after the actress was upset by the various “bad headlines” as her ongoing defamation case with ex Johnny Depp continues.

The Aquaman star, 36, who was originally represented by Precision Strategies, has now hired LA-based consulting firm Shane Communications ahead of her testimony later this week.

During the trial, Johnny, 58, has taken to the stand as he continues to sue his former partner of two years for libel over a 2018 article she wrote in The Washington Post.

The tell-all article, in which she described herself as the victim of domestic violence, fails to name the Hollywood actor but his lawyers claim the piece implied he physically and sexually abused her throughout their relationship.

Now, Amber has made a last-minute change to her PR team after the blonde bombshell became “frustrated” that her side of the story is not “effectively” being reported, according to the New York Post.

An inside source told the publication: “She doesn’t like bad headlines.”

It is understood communications expert, Lis Smith, added: “It’s crazy to change teams in the middle of a trial like this because you don’t like the headlines.”

And it’s fair to say the case held in the heart of Virginia has taken several twists and turns including revelations of grim texts sent by Depp to his friends about burning Amber’s corpse and recordings of their arguments.

In the latest instalment of the nail-biting court case, Johnny Depp was filmed laughing during court when his bodyguard was questioned about the star’s manhood by the opposition.

During the ongoing defamation trial, the Pirates of the Caribbean star couldn’t contain himself when his bodyguard Malcolm Connolly was asked whether he has seen the actor’s penis.

Malcome said that he was with the couple when they went to Australia in 2015, the trip during which Depp’s finger was severed.

The Hollywood star was filming for the fifth Pirate movie franchise during their time down under and Amber’s lawyer claimed that whilst they were in the house, he attempted to urinate “in the foyer” and “had his penis out.”