Musica Viva’s contribution to this year’s festival finished off its serious music content in style through a recital from a great artist, a link to the rich years of 20th century European pianism. Schiff makes few popular gestures and Saturday night’s program proved no exception; the names were familiar enough – Mendelssohn, Beethoven, Brahms, Bach – but the works were rarities; if you wanted familiar pieces, you had to wait until a lavish chain of encores including Bach’s B flat Capriccio and Italian  Concerto. 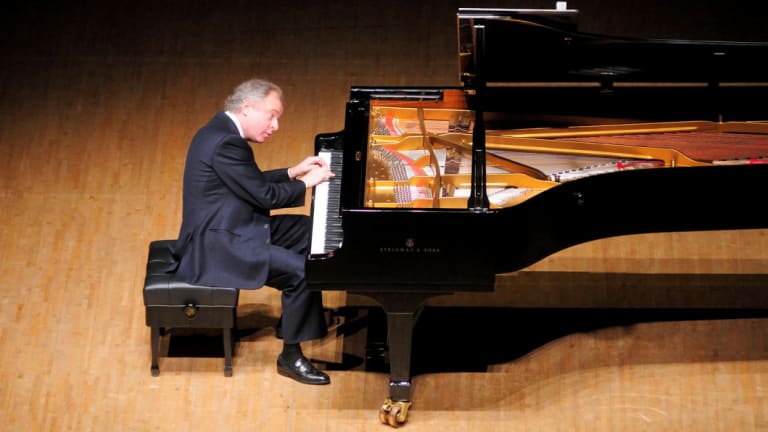 Schiff concluded his pre-ordained offerings with Bach’s  English Suite  in the night’s second half harmonic D minor cast: rigorous in shape, the repeats differentiated, a master-class in linear definition. But the night’s revelations came with two Brahms brackets: the Op. 78 Eight Pieces  and the Seven Fantasias, Op. 116. Here was rich music-making, each movement intense in its demands on your concentration, very few virtuosic flashes interfering with the rambling, meditative progress of these miniatures. For more than 20 minutes each time, we were taken on a tour of the great composer’s genius, a focused yet sprawling collection of gems that encapsulated moving self-revelations from both Brahms and Schiff, whose insightful clarity graced each passing page.