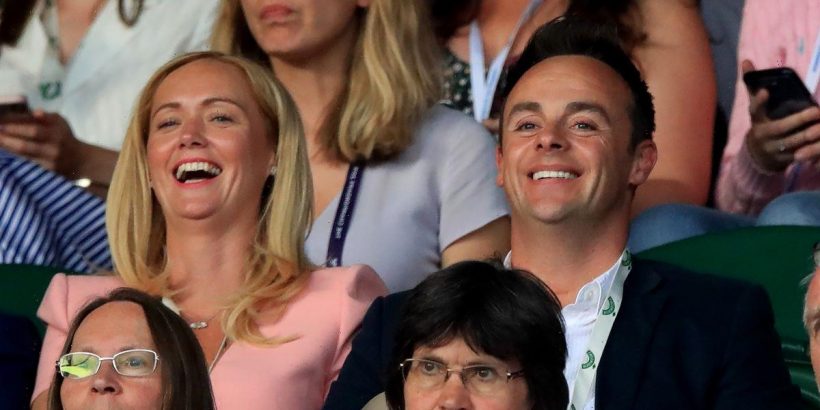 For Ant McPartlin, money appears to be no object when it comes to his big day.

The I’m a Celebrity… Get Me Out of Here star, 45, is reportedly splashing out so that all his friends can attend as he ties the knot with 43-year-old PA Anne-Marie Corbett.

It wouldn’t do for the 100 guests to fork out the £1,000 per night hotel fee – so it looks like Ant will be footing the bill himself.

Speaking to The Mail on Sunday, one source revealed that Ant’s wedding will take place at "a grand stately home-turned-hotel in Hampshire."

The venue will "host a star-studded reception for Ant and his fiancée Anne-Marie Corbett on August 6 and 7."

The luxe hotel is allegedly even "more expensive than The Ritz."

The wedding ceremony itself, meanwhile, is allegedly taking place in a nearby church.

But it’s in direct contrast with earlier reports, which claimed the star wanted to keep things more low-key for their big day.

A source claimed to The Sun in July: "Neither of them want the razzmatazz of a showbiz wedding", as they prefer to keep the "glare of the spotlight" out of their upcoming nuptials, with only their "nearest and dearest" around them for the big day.

The couple initially had plans to marry abroad, but pandemic restrictions quickly threw a spanner in the works.

They began dating in 2018 after Ant's bitter split from his first wife Lisa, and Ant got down on one knee in December 2020.

Speaking to DigitalSpy, Ant explained: "It was a lovely way to end the year. I’m a romantic at heart. You know, there were flowers, and afternoon tea in front of the Christmas tree. It was lovely."

And asked whether the other half of his double act, Declan Donnelly, will step up as his best man, Ant laughed: "He was very good last time. He has been my best man. I’ve been his best man.

"But I suppose it depends on what kind of wedding we have."

Dec quipped at the time: "I think it’s between me and the dog!"

The TV presenter married first wife Lisa in 2006, before walking away from their marriage after Lisa had stood by him throughout his struggles with addiction.