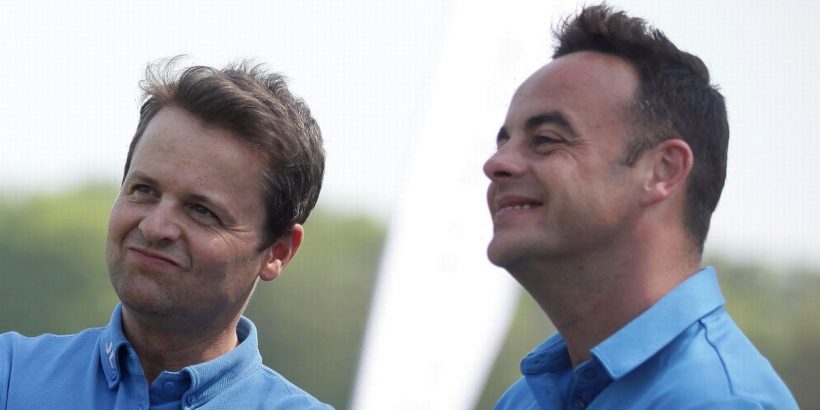 Ant McPartlin will be having a booze free stag do at a prestigious members only stag do on Wednesday, it has been revealed.

The presenter will be celebrating his upcoming wedding with best man Dec Donnelly and up to 15 pals at the 18-hole golf course in the south of England, before wedding Anne-Marie Corbett this summer

It will be much different to the I'm a Celeb host's first stag do ahead of his wedding to Lisa Armstrong in 2006, where booze was flowing and he woke up in a McDonald's dressed as a saucy French maid.

A source told the Mirror: "Ant's life has moved on from his and Dec's wild nights out in the past – now he just wants to spend a day with his mates playing golf before treating them to a slap-up meal."

The lads, including entertainment star Jonathan Wilkes, will play on the course on Wednesday.

They'll then head to exclusive clubhouse for a four-course meal conjured up experienced head chef – made up of locally sourced seasonal delicacies.

Those attending will dine in a private area and sit at different tables due to social distancing rules.

Every detail will be checked over by a dedicated events manager to ensure the stag party runs smoothly.

Dec, who also acted as best man for the first nuptials, organised Ant's first pre-wedding knees-up which took place in two cities, before he married ex wife Lisa Armstrong in 2006.

They enjoyed a wild night made up of a Monopoly board-themed pub crawl in London, where fancy dress was worn at each bar.

It was followed by 12-hours of drinking in the Latvian capital Riga.

Ant, who quit drinking on 2018, blamed Dec for his antics and vowed to take revenge at his stag do in 2015.

At the time he said: "You know when you've been drinking all day and you have that one moment of clarity, and I came to dressed as a French maid in McDonald's just off Regent's Street.

He added: "Revenge is a dish best served cold."