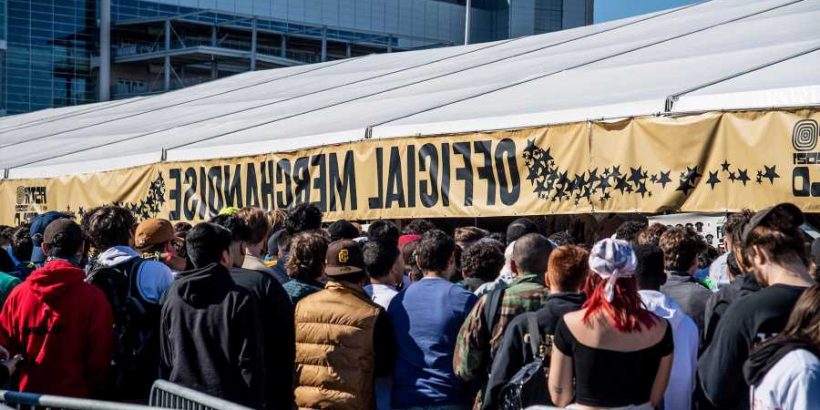 Hours after little 9-year-old Ezra Blount became the youngest victim to die from injuries suffered at Travis Scott’s Astroworld, a manager representing promoters Live Nation and its Scoremore subsidiary reached out to a group of part-time employees who had worked at the deadly festival.

In a peppy email filled with exclamation points, the manager made it sound like the staffers hired at a rate of $7.50 per hour to perform tasks such as wristband screening wouldn’t receive their paychecks unless they signed a revised employment contract releasing Scoremore and Live Nation from any liability.

The part-time employees had been given a version of the contract to sign before the festival started, but that version appeared to be repurposed from the 2018 Astroworld Festival and still had the 2018 date right at the top.

The revised contract, which the manager sent Nov. 15 as an attachment, fixed the sloppy error, making it clear the liability release applied to the 2021 festival where 10 people suffered deadly compression asphyxia in a crowd control disaster on Nov. 5.

“Hoping to wrap up payroll and get everyone paid ASAP but I still need a few things from some of you!” the manager with an @astroworldfest.com email address wrote. “The first agreement included details from 2018. It has been updated so if you can resign and send back.”

One part-time employee who received the request said he considered it an insult. He refused to sign it.

“They essentially said, ‘You need to sign this new form in order to get paid.’ It was clear they wanted legal coverage,” the staffer who spoke to Rolling Stone on condition of anonymity said. “I definitely thought they were thinking of business first. ‘How can we cover ourselves?’ I know they weren’t thinking about us and how we were feeling, in my opinion. Nobody reached out to me individually to inquire how I was. It was just the paperwork.”

The revised contract, obtained by Rolling Stone, names the concert’s promoters as Scoremore Holdings, Live Nation Worldwide and XX Global. It includes stringent language the promoters likely wanted to ensure was ironclad and binding in the aftermath of the deadly tragedy.

“(Employee) assumes full responsibility for any injuries or damages that may occur to the (employee) in, on or about the festival and its premises and fully and forever releases and discharges the released parties from any and all claims, demands, damages, rights of action or causes of action resulting from or arising out of the (employee’s) attending and or providing services at the festival,” it states.

The contract says employees who sign it agree that they’re “not covered nor eligible for any employee benefits or insurance coverage provided by the released parties including but not limited to medical, property and liability insurance and workers compensation benefits.” It also states that the employee is agreeing to “mandatory binding arbitration of all disputes.”

Scoremore and Live Nation are now named defendants in lawsuits involving thousands of Astroworld attendees who claim they suffered injuries, emotional distress and other damages.

Live Nation, the parent company of Scoremore, did not respond to a request for comment Friday. A voicemail left at Scoremore’s main officer also went unanswered.

“Defendants deny all of the allegations contained in plaintiffs’ petition and demand strict proof from plaintiffs by a preponderance of the evidence,” lawyers for Live Nation and Scoremore wrote in a blanket response Monday to one of the leading lawsuits filed on behalf of concert attendees by Texas law firm Hilliard Martinez Gonzalez, which represents more than 400 named Astroworld plaintiffs.

The staffer who spoke to Rolling Stone said he is considering legal action. He witnessed people breaching barriers and overwhelming security to gain entrance without proper screening at least nine times, he said.

“It was a free for all,” he said. “I saw a girl trying to run through. She got crushed. I saw kids getting knocked out. It definitely felt like there wasn’t nearly enough security to contain the rush of the fans.”

The staffer said after his shift ended, he was allowed to stay and watch Scott’s performance. He ended up in the crowd surge in the general admission area close to the stage near the raised VIP section, he said.

“When Travis came out, the crowd just got wilder and wilder. The pushes were more intense. It was bad, just bad. You’d look over and see people falling and getting trampled,” he said. “You would look in people’s eyes, and the excitement you saw before had turned to fear. It was just wide eyes and people trying to stay up and breathe.” He recalled seeing “just a pile of bodies right in front of the VIP section.”

“People were on the floor,” he said. “I was getting pushed up against that pile. Somebody on the floor grabbed my leg, and I was like, ‘This can’t be happening.’ I was just focused on staying alive. It was hell on earth.”

The part-time employee said eventually someone helped him regain his footing and he managed to work his way back out of the mayhem. He said he was never given a walkie talkie, only a phone number for one of the team leaders. Cell service was nearly non-existent.

Since that night, he’s sought out mental health counseling, he tells Rolling Stone.

“I keep picturing myself falling back into the pile, the people screaming. I just keep replaying it. It definitely shook me up,” he said. “I’m no stranger to death in my life, but seeing it right there in front of me like that, I definitely don’t see myself being in large crowds like that ever again.”