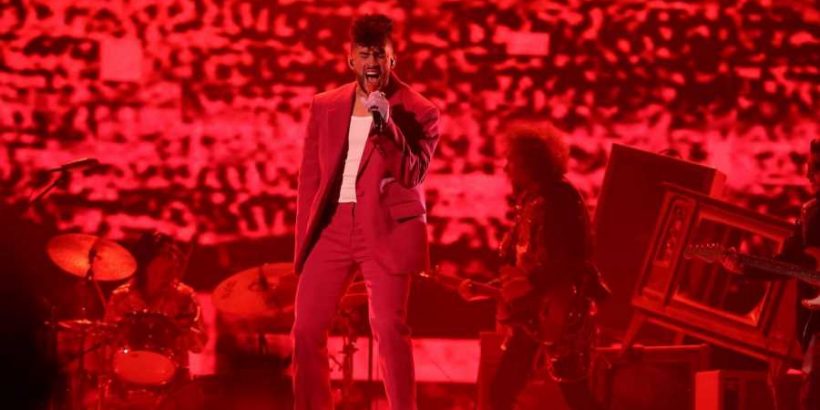 Puerto Rican superstar Bad Bunny went full rock star as he closed out the 2021 Latin Grammys with a performance of his alt-driven anthem “Maldita Pobreza.”

“Maldita Pobreza,” which drew similarities to the music of Argentine rock band Enanitos Verdes when it came out, is from El Último Tour Del Mundo — an album that saw Bad Bunny lean deep into edgy rock sounds.  Bad Bunny was backed by a live band and, to make the performance even more punk, the stage was set ablaze with flames. It was a reminder that Bad Bunny continues to be an out-of-the-box artist who is always ready to put on a show.

Bad Bunny will also be appearing at the American Music Awards on Nov. 21, where he will perform “Lo Siento BB:/” for the first time with Tainy and Julieta Venegas. Bad Bunny’s sold-out 2022 arena tour in support of El Último Tour Del Mundo kicks off in February.