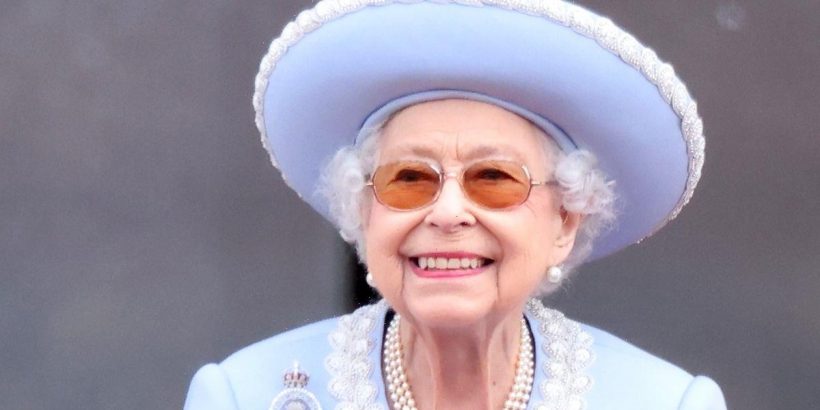 Television viewers are sure they've spotted Queen Elizabeth II in "disguise" while in the crowd at popular music festival, Glastonbury.

Although the event will be filled to the brim with famous musical talent this weekend, fans at home seem to think a special royal was also in attendance.

During the live coverage of Robert Plant, the camera cut to a woman in the crowd wearing a blue hooded jacket and dark round sunglasses.

The mystery person also sported red lipstick and fringe that gently swept over her forehead- which some thought may have been a "disguise".

Seeing what looked to be Our Majesty The Queen on their screens, spectators at home quickly rushed to Twitter to share their thoughts.

One person wrote: "Lovely to see the Queen enjoying a bit of Robert Plant at #Glastonbury."

Meanwhile another viewer echoed: "The Queen has turned up at Glastonbury to watch Robert Plant. That disguise is fooling nobody."

After a two-year hiatus due to the coronavirus pandemic, Glastonbury finally returned to eagerly awaiting festival goers across the globe.

Thousands of music lovers descended to Somerset for five days of partying while artists such as Billie Eilish and Paul McCartney headline the show. However, one surprising appearance took centre stage in the form of Ukrainian President Volodymyr Zelenskyy, who used the opportunity to continue to raise awareness and highlight the devastation that is occurring in his country.

In a video message screened before the opening set by The Libertines during Friday's show (June 24), Zelenskyy called on festival goers to "spread the truth" about Russian President Vladimir Putin's invasion of Ukraine.

He said: "We in Ukraine would also like to live the life as we used to and enjoy freedom and this wonderful summer, but we cannot do that because the most terrible has happened – Russia has stolen our peace.

"That is why I turn to you for support Glastonbury the greatest concentration of freedom these days and I ask you to share this feeling with everyone whose freedom is under attack."

He added: "Spread the truth about Russia’s war, help Ukrainians who are forced to flee their homes because of the war.

"Time is priceless and every day is measured in human lives. The more people join us in defending freedom and truth, the sooner Russia’s war against Ukraine will end. Prove that freedom always wins!"