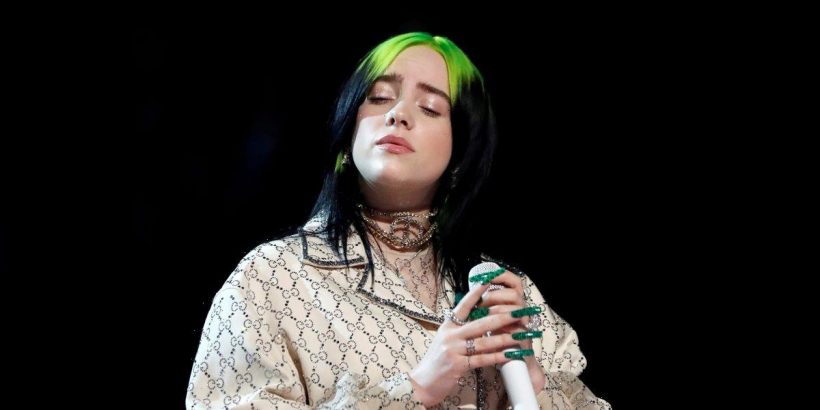 Billie Eilish has found herself facing criticism from fans after she snubbed a super-fan during a Zoom meet-and-greet.

The 19-year-old Bad Guy songstress was answering questions put forward by fans during the virtual Q&A, with the session presenter allowing fans one final question each.

In a now-viral clip that has now been immortalised on TikTok, one fan can be seen gushing: "It wasn’t a question but thank you, I love you so much Billie!"

During the moment of silence to allow Billie to respond, the star simply remained silent and glared into the camera lens.

And once the woman disappeared from the Zoom screen, the Grammy award winner could be seen covering her mouth as she looked to be disguising a grin. It has led fans to insist that Billie has ‘changed for the worse’, as they had their say in the comments section of the now viral video clip.

"She’s changed and not for the good!" one fan ranted, as another echoed: "Is it really that hard to smile back at her at least?”

"The longest two seconds silence in the history of silence," someone else posted.

A fourth fan pointed out: "LMAO she laughed when the girl laughed yet didn’t smile back when she said ILY. Billie changed too much."

But others weren’t so sure, as one responded: "Y’all saying she lagged but it seems like she moved perfectly fine…"

It comes after Billie took to social media to offer an apology for mouthing a racist slur when she was around 13 or 14 years old.

The now 19-year-old posted on her Instagram story after the resurfaced clip hit TikTok, admitting: "I mouthed a word from a song that at the time I didn’t know was a derogatory term used against members of the Asian community.

"I am appalled and embarrassed and want to barf that I ever mouthed along to that word," she added.

"Regardless of my ignorance and age at the time, nothing excuses the fact is that it was hurtful. And for that I am sorry."