Anyone who’s familiar with the output of Mike Skinner wouldn’t expect anything less than plenty of banter. The Streets frontman injects heavy doses of wit and wordplay into his lyrics, which delve into the minutiae of everyday British life in the nation's pubs, clubs and estates. 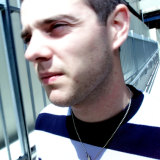 The Streets were at their peak more than 15 years ago with Original Pirate Material and A Grand Don't Come For Free. Those albums — detailing fights in kebab shops, drug binges and dating advice over plates of full English breakfast — took Skinner on to the UK charts and made him a star.

The band subsequently went into hiatus, but there was still a big audience at Festival Hall keen to hear him spin his yarns for the first time in Melbourne since 2011. At some points, there was more chat than tunes, as the rest of the band cranked out UK garage beats to underpin Skinner's yelping delivery.

"Why do people from Melbourne love wearing black? It’s so weird," he said, setting aside the hypocrisy of him wearing the same colour. "You’re all so cool. It’s time to stop being cool."

Invest a little bit in me, and we'll invest a lot more.

Now aged in his 40s, Skinner is no longer the 20-something in Reebok Classic sneakers he was when The Streets first made it big.

He was singing to a crowd far younger than him — many of them his countrymen in Adidas zip-up training jackets — and he told them that he had stopped caring about the follies of youth.

It sounded morbid but Skinner was telling them to forget about everything else, including their phones, and enjoy the night out. "Invest a little bit in me, and we'll invest a lot more," he said.

He got his dividends. At one point, the packed section up front got so worked up that nine people were crowd surfing at once.

"This is not Australian rules football, we're not trying to kill each other," Skinner said earlier when things got a bit rowdy.

The big singalong bangers were Don’t Mug Yourself, Dry Your Eyes and Fit But You Know It.

But it was Has It Come To This?, Stay Positive and rave tribute Weak Become Heroes from Original Pirate Material that held up better as snapshots of a cultural moment.

At the end of the set, Skinner did his own bit of crowd surfing, taking a bottle of sparkling wine with him. Once back on stage, he completed the toast with more banter.