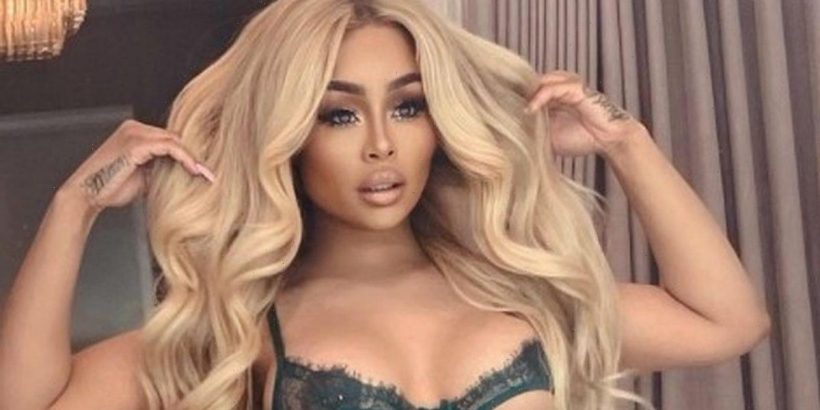 Blac Chyna is set to mark her 33rd birthday today (May 11) and we are here to celebrate.

The social media influencer has made quite a name for herself in recent times but her fame certainly began to propel after she acted as Nicki Minaj's stunt double in 2010.

She put on quite the eye-popping display in the music video Monster alongside Jay Z and Kanye West.

The budding entrepreneur decided to broaden her horizons and later released her own makeup brand in 2014 Lashed By Blac Chyna, followed by the opening of her own beauty salon in Los Angeles.

Having dated Rob Kardashian and appear on the hit E! series Keeping Up With The Kardashians, it wasn't long before Chyna was dominating her own show – The Real Blac Chyna.

When it comes to stripping off in front of the camera, it's safe to say Chyna is anything but shy.

Given she's a sex symbol and it's her special day, Daily Star are honouring her with some sizzling throwbacks. Chyna has teamed up with online retailer, Fashion Nova to deliver some eye-popping displays on social media.

Oozing body confidence and sass, the reality star did just that as she posed up a storm in a garment that appeared to be bottomless.

Sharing an up close and personal snap, Chyna wowed as she allowed her pert bum to take centre stage in the racy lingerie reveal. The bombshell certainly causes quite an online frenzy every time she drops a sexy image on her Instagram grid.

Chyna can genuinely be spotted online rocking anything scantily-clad that pushes boundaries to the max.

Daring to bare all, she got fans fired up as she took to the digital app leaving nothing to the imagination.

The TV starlet appeared to wearing nothing but red string as she sizzled in an epic bathroom snap. Chyna's sexed-up images have become so popular that she now boasts 16.1million followers on social media.

In many of her offerings, the beauty mogul likes to ensure that her mind blowing curves are presented from all angles.

She will also go out of her way to serve up a unique and transformed look each and every time.

For this striking display, Chyna risked a telling off from Instagram officials as she donned a very racy cut out bra. We know that Chyna likes to push boundaries but she narrowly swerved a red faced moment when she modelled a latex all-in-one swimsuit that hardly disguised her modesty.

The item in question fitted her killer curves like a glove, exposing intricate inkings all over her body.

However, the garment did raise a few eyebrows along with concerns due to the modesty-concealing strip that was barely-there. The former Keeping Up With The Kardashians star is no stranger when it comes to serving up scorching beach reveals.

With every curve on full display, she opted for a Barbie-sized bikini that seemed to be unfit for purpose as the flimsy material began to rise up, showcasing copious amounts of underboob.

Staying true to herself, she boasted yet another hair transformation.

This time showing off her wild side, she sported vibrant sea-blue tresses that demanded attention.