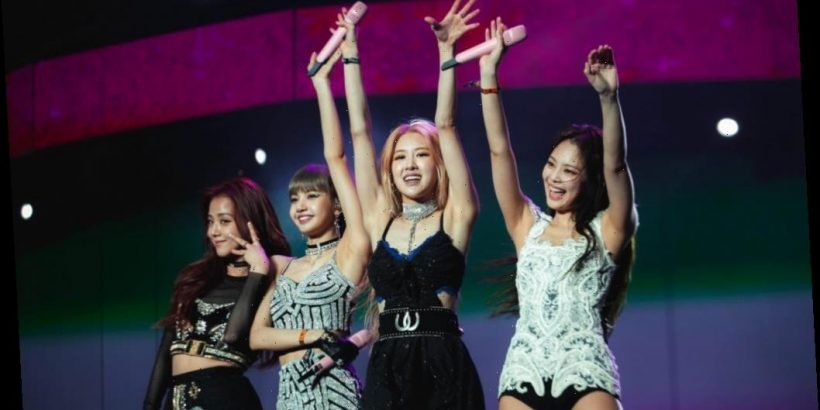 In 2020, BLACKPINK released their first studio album, The Album. The K-pop group also released a collectible toy line with Jazwares. Since initially launching the Jazwares toy line, BLACKPINK have expanded the toy line to include even more fun products for BLINKs.

On June 21, 2020, Jazwares released the initial collection of BLACKPINK’s toy line. The collection features 16 dolls, one of each member with their outfits from their “Kill This Love,” “Ddu-Du Ddu-Du,” “Boombayah,” and “Whistle” music videos.

“It’s so cute to see ourselves as mini dolls,” BLACKPINK told Teen Vogue. “We want to collect them all! It’ll be fun to mix and match… We were so impressed by the level of details on the dolls’ outfits!”

After releasing the initial toy collection, BLACKPINK expanded the toy line with Jazwares to include more products. According to a press release, three new products were added to the toy line.

With the Sophisticated Superstars Clutch, fans collect a 3-inch mystery figure inside a clutch case, and upon opening will receive a Lisa, Jennie, Rosé, or Jisoo doll dressed in their “Kill This Love” or “How You Like That” music video outfit.

Originally, BLACKPINK planned to tour the songs released on The Album. Because of the coronavirus (COVID-19) pandemic, those plans were halted. To give BLINKs another way to enjoy their music, BLACKPINK put on an online concert called “The Show.”

Leading up to “The Show,” BLACKPINK was interviewed by Rolling Stone about what to expect from the concert.

“We want it to be a secret,” Jennie said. “It’s our first online concert too, so we are trying to take advantage of that and create stages that wouldn’t be possible if we were going to do it live — especially regarding choreography — and make it ‘Blackpink.’”

She added, “We are rehearsing every day and spending as much time as possible.”

In an email to Rolling Stone, the four members of BLACKPINK said that the purpose of the concert was to connect with their fans, writing:

“It’s very special because our Blinks from all over the world are going to tune into our stage at the same time. Although we are physically in different places, we are connected through the emotions of each stage but safely. We think it will also be a great opportunity for those we haven’t seen our performance during our recent tour. We’re nervous but our expectations and excitement are greater.”

During “The Show” on Jan. 31, BLACKPINK performed hit songs from their career, new releases from The Album, and Rosé gave a preview of her upcoming solo music.