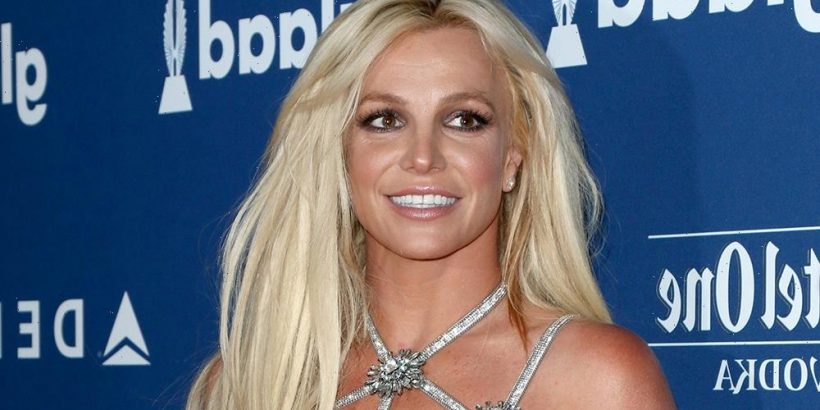 Britney Spears’ conservatorship has been terminated after 13 years, a California court has determined.

“The court finds and determines that the conservatorship of the person and the Estate of Britney Jean Spears is no longer required,” Judge Brenda Penny ruled on Friday afternoon.

The Nov. 12 hearing was brief and ran smoothly as all parties consented to termination. The pop star was not present at the hearing.

The singer’s attorney, Mathew Rosengart, began speaking to the judge by reading from his client’s testimony that she delivered back in June, stating that her wish is for the conservatorship to end without evaluation. “The record is clear,” said Rosengart. “The time has come today.”

Rosengart and an attorney for temporary conservator Jody Montgomery, Laurie Ann Wright, said that they had filed a termination plan under seal this past Monday. While details were not disclosed in the court room, Rosengart told the judge that he has put in place a “safety net” on both the personal and financial side of Spears’ affairs.

“We have engaged in an orderly transition of power,” Rosengart explained.

The conservatorship is fully terminated, but accountant John Zabel, who replaced Spears’ father Jamie following his suspension, will have “limited and administrative power” as part of the termination plan.

Zabel’s duties will include power of execution of the Estate trust and power to transfer assets outside of the trust into the trust. In addition to Zabel, the singer’s personal conservator, Montgomery, will also continue working with Spears, as Variety previously reported. Because the termination plan is under seal, the exact details of Montgomery’s working relationship were not revealed but her attorney said, “Ms. Montgomery will stay in her life; Ms. Montgomery will be there for her. Ms. Spears can live a safe, happy, fulfilling life after this conservatorship.”

Additional hearings have been set for Dec. 8 and Jan. 19.

Friday’s court date marked the most pivotal hearing for the star, who has been living under a court-ordered conservatorship that her father Jamie Spears placed her under in 2008. Around that time, the singer had endured a series of public pitfalls that were heavily covered by the tabloids.

But, over the years, circumstances changed. The singer continued to work, touring and holding a Las Vegas residency, bringing in hundreds of millions of dollars. And yet, she remained under conservatorship. As her worldwide fans began to wonder of her whereabouts and best interest, rumors spread online that Spears was being held against her will, and the #FreeBritney movement was born.

It wasn’t until just months ago that things began to change for the star, who has seen more movement in her conservatorship case in the second half of 2021, than she has in more than a decade.

After overseeing her conservatorship for 13 years, the singer’s father was removed this fall when Judge Penny immediately suspended him on September 29, saying, “The current situation is untenable.”

It was at the September hearing that Judge Penny appointed John Zabel, an accountant, to assume temporarily control of the estate, and work alongside Spears’ conservator of her person, Jodi Montgomery, who manages the day-to-day wellbeing and medical decisions of the pop star.

For the entirety of the conservatorship, the elder Spears had control over his famous daughter’s life overseeing all financial and business decisions in relation to her multi-million fortune.

But this year, as the #FreeBritney movement ramped up and many documentaries about the conservatorship aired, public interest catapulted in Spears’ situation and her father’s conduct came into question with allegations of his questionable conduct being thrust into the spotlight.

Then, in June, when the pop star testified publicly for the first time, everything changed. (Though, in 2019, she had given private testimony, which she said she felt was ignored by the court.)

“I’ve been in shock. I am traumatized,” Spears told the judge on June 23. “I just want my life back.”

During that blistering 24-minute testimony heard around the world, Spears called her conservatorship “abusive” and said she believes her father and other conservators should be in jail.

The month after her impassioned testimony, Spears was finally granted the right to her own attorney. From the beginning in 2008, Spears had been represented by court-appointed attorney, Samuel Ingham III, who resigned from the case earlier this year. This summer, Spears chose to retain Rosengart, a Hollywood power player and former federal prosecutor, who made his first court appearance for the singer on July 14.

With Rosengart representing her, the star began to have upward momentum in her long-running, contentious legal battle against her father winning legal victory after legal victory.

As the tides began to shift in her favor, Spears’ father did a complete 180, after years of maintaining that his famous daughter needed to be held under a conservatorship. First, he abruptly agreed to step down from the conservatorship. Then, he contested the singer’s team’s effort to remove him. Shortly after, he suddenly asked the court to terminate the conservatorship altogether. After he was suspended, he changed his legal team.

While Spears’ father had always stated that the pop star needed the conservatorship, over the past year, confidential court documents were exposed, revealing that Spears had been trying to get out of her conservatorship for years.

More allegations were later revealed, with claims that Spears’ father and former management company, Tri Star Sports and Entertainment Group, were running an intense surveillance apparatus that tracked the singer’s communications, secretly capturing audio recordings from her bedroom, which included private conservations with her children. Spears also accused her conservators of preventing her from having another baby by not allowing her to remove her IUD birth control device.

A conservatorship is when a person is appointed by a probate judge to assume legal responsibility over someone else. The court-ordered arrangement effectively removes all legal rights from the individuals. Conservatorships are intended to be a last resort for non-functioning individuals, typically elderly with dementia or Alzheimer’s. Most people under conservatorships are unable to work, and for that matter, unable to have the capacity to make any decision for their well-being.

In comparison, Spears has not only been functioning highly enough to work over the past 13 years, but has worked long hours, as one of the most lucrative singers in the world, touring, accepting awards onstage, holding a residency in Las Vegas and performing in numerous shows per week, serving as a judge on a reality competition series and acting in guest spots on television — all from which her conservators, including her father, have profited.

Spears’ father had been her co-conservator since 2008. He became sole conservator in 2019 after attorney Andrew Wallet resigned from co-conservatorship. In September 2019, he temporarily relinquished his powers, and Montgomery joined the case to oversee her day-to-day well-being. In the midst of shifting roles in her conservatorship, this year, Spears’ longtime manager, Larry Rudolph, resigned after 25 years of working with the pop star since she was a teen, and wealth management firm, Bessemer Trust, pulled out as co-conservator of Spears’ estate.

Spears told a judge earlier this summer that her conservators forced her to work against her own will, even though she pleaded to take a break from touring. Rosengart had questioned why a conservatee would be forced to work, especially when they don’t have to work. After all, she has a $60 million fortune — one that Rosengart says has been dissipated under her father’s mismanagement.

Many moving parts still need to fall in place to end the conservatorship saga. For one thing, Rosengart’s firm has pledged to look into Spears’ father. That investigation is actively ongoing.