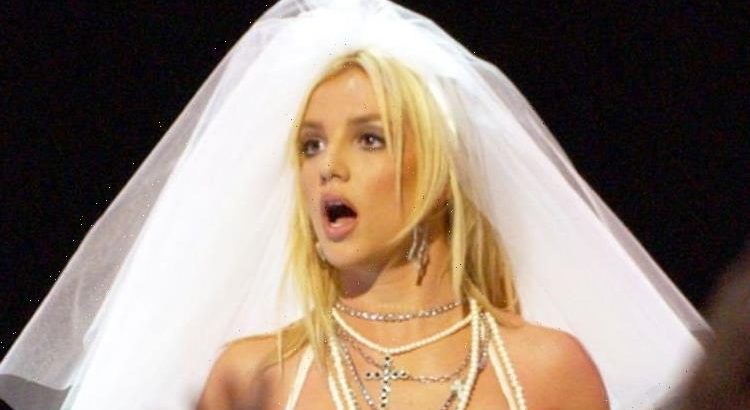 Britney Spears knew her school friend Jason Alexander since she was a young girl. The pair grew up together and had gone on the journey of Britney’s exploding fame throughout the years. In 2004, aged just 23-years-old, Britney and Jason attended a string of events in Las Vegas where they ended up getting married for a meagre 55 hours.

Britney and Jason reportedly attended the Little White Wedding Chapel in Las Vegas in the early hours of the morning of January 3, 2004.

The couple hired a lime green stretch limo to arrive at their destination in style.

Jason, who was also 23-years-old at the time, later told Access Hollywood: “It was just so crazy, man. We were just looking at each other and said: ‘Let’s do something wild, crazy. Let’s go get married, just for the hell of it!'”

By sunrise, the couple were officially married.

But just 55-hours later, Britney and Jason had signed an annulment to confirm that their marriage was a “mistake”.

Britney’s record label, Jive, released a statement at the time which explained the couple “took a joke too far by getting married”.

In 2006 Britney looked back on her brief two-day marriage, where she called it “really silly”.

She said: “It was me being silly, being rebellious, and not really taking the responsibility of what I was doing, you know?

“And after partying, you know, you really don’t think about what you’re doing. So it was one of those things that were really silly.” (Via E!)

Britney Spears’ friend claims ‘nobody is allowed to talk to her’

Meanwhile, Jason was not happy about having to annul the wedding.

Britney’s ex-husband revealed in 2012: “I was in love with her … I feel like she felt the same way.”

At the time it was alleged Britney “lacked understanding of her actions, to the extent that she was incapable of agreeing to the marriage”. (Via Mail Online)

To this claim, Jason said: “Bull***t. That was probably the hardest part about it. I had obviously got my feelings involved.”

Britney was casually dressed in a baseball cap and a pair of ripped jeans.

The owner of the chapel, Charolette Richards, told Rolling Stone: “They weren’t dressed in wedding attire, but it was very romantic and there was a feeling of love between them.”

She went on to add that the couple appeared to be “extremely happy” – and even a little emotional.

Charolette added: “[Britney and Jason] were laughing, but crying, too, during the ceremony. I thought it was a marriage that would last forever.”

After the marriage broke down 55-hours later, Britney was single for some time.

But, later that year in 2004, Britney married Kevin Federline, one of her backup dancers.