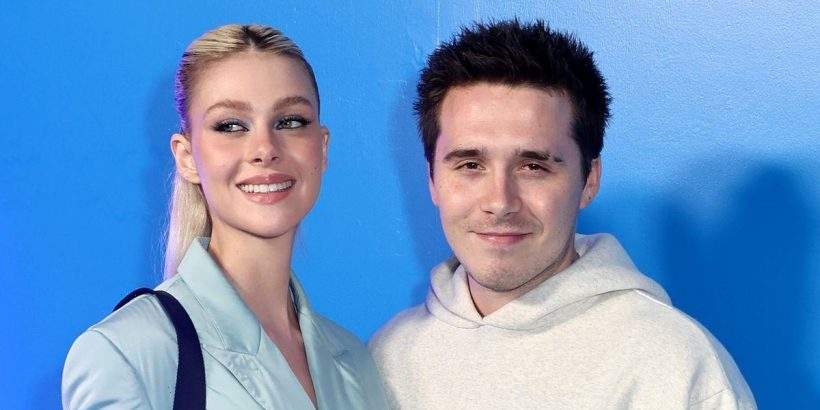 Brooklyn Beckham's new wife Nicola Peltz seems to of taken a swipe at her new in-laws. David and Victoria.

The 27-year-old was speaking about her beau's different career choices before stating that he felt "pressured to please" people.

In an interview with Tatler Magazine, the actress revealed that Brooklyn went down different career paths which he didn't love.

The new Mrs Beckham insinuated that her in-laws David and Victoria could have played a part in why her husband pursued certain jobs for so long.

Following in his dad's footsteps at a young age, Brooklyn played football in Arsenal’s youth team, although around the time of his 16th birthday he was dropped from the club.

He then tried his hand at modelling before he decided to start getting into photography and even released a book called 'What I See' featuring 300 ‘personal photographs’.

Recently, the 23-year-old has launched a Facebook Watch Show called Cookin’ with Brooklyn which sees him create odd concoctions.

Speaking about Brooklyn's various different careers, Nicola said he had "a lot of pressure to please people with his career and he didn’t love it.”

Although Nicola didn't mention her husband's parents in the slight slur, she did reveal that he turns to her own billionaire dad for advice.

She teased Brooklyn was getting into "exciting" things before saying she enjoyed seeing him learn from her father.

Nicola said: “Brooklyn is getting into very exciting things with his shows and also business things and it’s really sweet.

“I watch him call my dad and say, ‘What do you think about this?’ I love watching him learn from my dad.”

The subtle swipe comes after Brooklyn was slammed by fans for not praising Victoria on his social media for Mother's Day.

Although the fashion mogul was seen leaving Matsuhisa restaurant in Beverly Hills with Brooklyn and Nicola last month.

Speaking about Brooklyn's new passion for cooking, the actress said: "Ever since the pandemic, all he’s wanted to talk about is being in the kitchen, so I just started filming him one day. I said, “This is what you love.”’

The young couple tied the knot in April this year at their plush £3 million wedding in America which is where they've spent most of their time.

For now, Nicola has ruled out relocating to London saying she likes being close to her family but said "you never know".