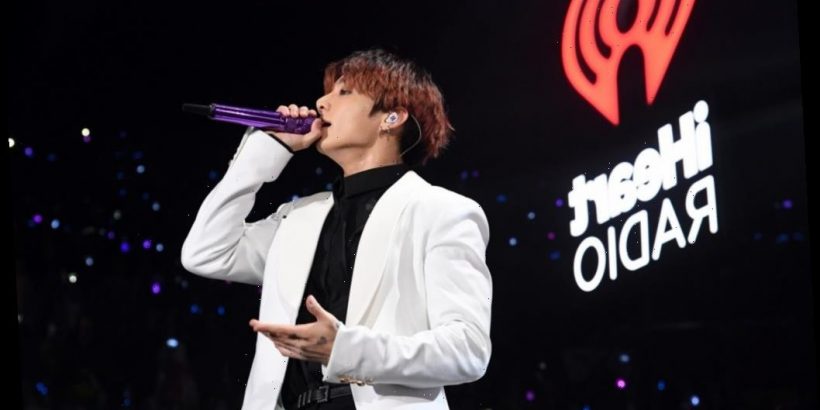 The members of BTS are known for being heavily involved when it comes to the creation of their music. When making songs, Jin, Suga, J-Hope, RM, Jimin, V, and Jungkook often write their own versions, and together the BTS members and producers pick which version is best.

On March 5, Jungkook posted a clip on Weverse, a community platform used by BTS fans. In the post, Jungkook shared the demo for his version of the bridge of “Dis-ease,” a song from BTS’ latest album BE.

Jungkook released his version of the BTS song

Jungkook posted a clip of the “Dis-ease” demo on Weverse. The audio clip is 45 seconds long and features lyrics Jungkook wrote for the song’s bridge.

While this is not an official transcription, upon listening, the English lyrics sound as follows:

“It’s raining again / Tell me something that I don’t know / This place we’ll make it easy / That it all comes so I live / Oh rain, keep pouring / And there’s nothing farther / Once more we feeling cool / You stop breathing and they fall from top / Oh, darkness fill the void, the door is there before / And though the night is long / I know you and I will drive it back once / Now my gut is for me / So what have I to fear? / For nothing worth to live / And I keep rolling down this hill.”

According to a translation by Genius, the lyrics to the final version of “Dis-ease” bridge are:

Jimin of BTS wrote the melody of the ‘Dis-ease’ bridge

According to song credits on the BE album, J-Hope, Ivan Jackson Rosenberg, GHSTLOOP, RM, Pdogg, Suga, Jimin, and Randy Runyon are the songwriters for “Dis-ease.”

Jimin has spoken on multiple occasions about writing the melody for the “Dis-ease” bridge. BTS’ “BE-hind Story” special streamed on the BANGTANTV YouTube channel on Feb. 27, and individual segments were uploaded after the stream.

For the behind-the-scenes interview, Jin, Suga, J-Hope, RM, Jimin, V, and Jungkook of BTS sat down and interviewed each other one-on-one about the creation of BE. Jin interviewed Jimin, and the BTS singer shared his experience writing the “Dis-ease” bridge.

“With ‘Dis-ease,’ I made the melody of the bridge,” Jimin told Jin. “That part was actually left empty. I wasn’t like ‘I’ll take this part and work on it,’ but while we were recording I was just humming to myself because the bridge was missing and the PD said, ‘That sounds pretty good, could you try it again?’”

Jimin continued, “So I tried singing it and then we put it together and he went ‘This isn’t too bad so take this and go work on it.’ And they ended up using my melody which I was really grateful for.”

Jungkook plans to release a mixtape

The song “Stay” on BE features Jungkook, Jin, and RM, but it was originally intended to be on Jungkook’s upcoming solo mixtape. The BTS singer went into further detail about his mixtape when speaking with J-Hope.

“There are three main tracks in total and they all have music video of its own,” Jungkook said. “And they each have its own choreography but in different styles.”