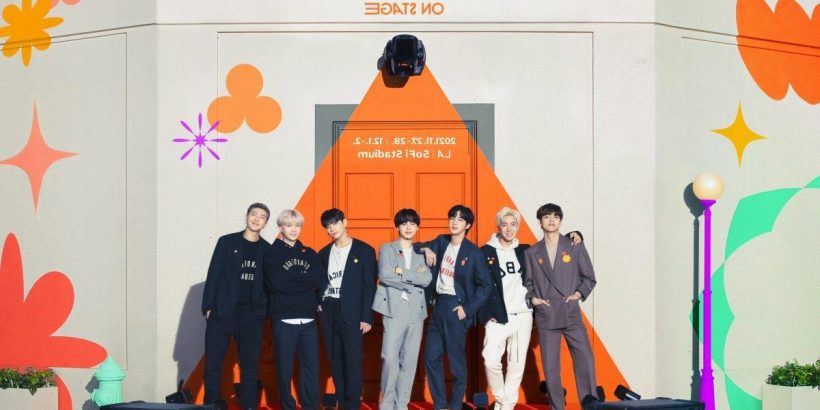 In November and December, BTS will hold four in-person concerts in Los Angeles. The concerts will take place on Nov. 27, Nov. 28,  Dec. 1, and Dec. 2 at LA’s SoFi Stadium. Tickets for Permission to Dance On Stage – LA were originally supposed to go on sale for the general public on Oct. 9, but tickets for the four shows sold out during presales on Ticketmaster.

A press release about Permission to Dance On Stage – LA states:

“… BTS have announced their additional show dates for 2021 in North America with four special nights at LA’s SoFi Stadium on November 27, November 28,  December 1, and December 2. The in-person concert will proceed under the national and regional health regulations and circumstances. This concert will be the first time ever for BTS and ARMY to meet face to face since the 2019 BTS WORLD TOUR ‘LOVE YOURSELF: SPEAK YOURSELF’ [THE FINAL].”

The BTS concerts already sold out

BTS fans with a BTS GLOBAL OFFICIAL FANCLUB ARMY MEMBERSHIP had their own presale on Oct. 7, and ARMY were also able to sign up for a General Verified Fan Presale that took place on Oct. 8.

On Oct. 9, Ticketmaster announced that following the presales, there are no more tickets left for the general public to purchase.

“Due to overwhelming past purchaser & Verified Fan presale demand for BTS PERMISSION TO DANCE ON STAGE – LA, all shows are sold out & tickets are not available for the public onsale,” Ticketmaster Fan Support tweeted.

While it was obvious that getting tickets for Permission to Dance On Stage – LA would be a challenge due to BTS’ popularity, the presales proved to be difficult for ARMY to buy tickets.

Over the past few days, social media was filled with allegations that presale codes Ticketmaster provided did not work, Ticketmaster customer service gave contradictory information about buying tickets, and certain presales had access to more tickets over others.

To make matters worse, tickets for the BTS concerts are already being resold for thousands of dollars on websites like StubHub, meaning scalpers were able to purchase tickets in the presales intended for fans.

“… I got the code for tickets since I wasn’t able to go to last year’s tour, but tm locked me out so i wasn’t able to buy tickets that day. i looked on SeatGeek and now people are selling tickets for a whole college tuition when tickets were really originally sold for $60-500…,” one fan wrote on Reddit.

Another fan wrote on Reddit, “I’m so angry for all the people who couldn’t get tickets when scalpers are selling tickets for $42,000 (yes, I saw a non-floor ticket going for this price).”

“The Rams season ticket holders had their own presale with some great seats and availability (like soundcheck). Apparently they bought quite a lot of tickets yesterday. Scalpers were able to get into the verified fan presales as well,” wrote a Reddit user.