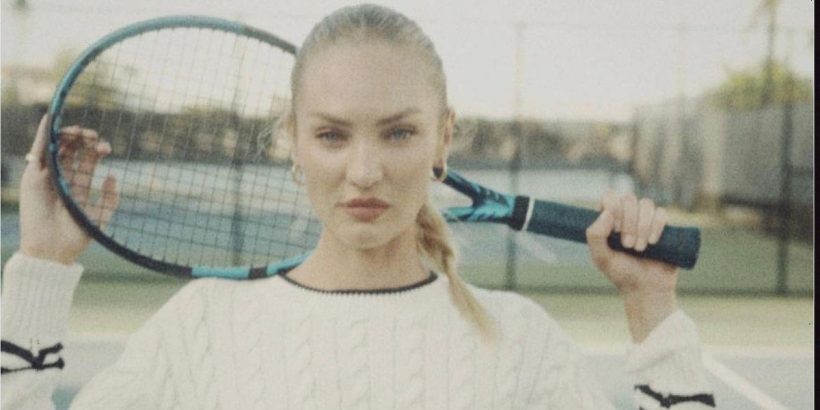 Model Candice Swanepoel has served up a snap of her tennis rear – like the classic Athena poster that adorned countless bedroom walls.

The South African, 33, posted a picture of her new collection for the Tropic of C swimwear line and the sporty Italian lifestyle brand Luisaviaroma, and also wore a black outfit on the tennis court.

Many famous faces have attempted to recreate the iconic Tennis Girl pose over the years, from Amanda Holden to the comedian Alan Carr.

Candice founded Tropic Of C in 2018, and as well as offering customers a range of bikinis and swimsuits, the star expanded her range to include sportswear too.

The mum-of-two last year claimed that her garments were manufactured with "integrity" and "designed to last".

She said: "The C is for Capricorn or Cancer – the latitudes. I’ve always been ruled by the sun; it inspires me with its incredible colourful sunrises and sunsets and the ability to create life and growth.

"The sun makes me happy and is also the only way to be in a bikini all the time, which is when I’m happiest, so it made sense. It was a name for the place in my mind that is TOC, where summer never ends. But it can also be for Candice if you like!"

Last month Candice presented an avant-garde look as she took to the Vogue World show in New York, during the city's annual fashion week.

The supermodel ensured all eyes were on her as she stepped out in a figure-clinging, mesh and lace detailed gown, beaming as she showed off her credentials on the catwalk.

She joined a series of other top models, including Irina Shayk, Kendall Jenner and Gigi Hadid during the prestigious show.