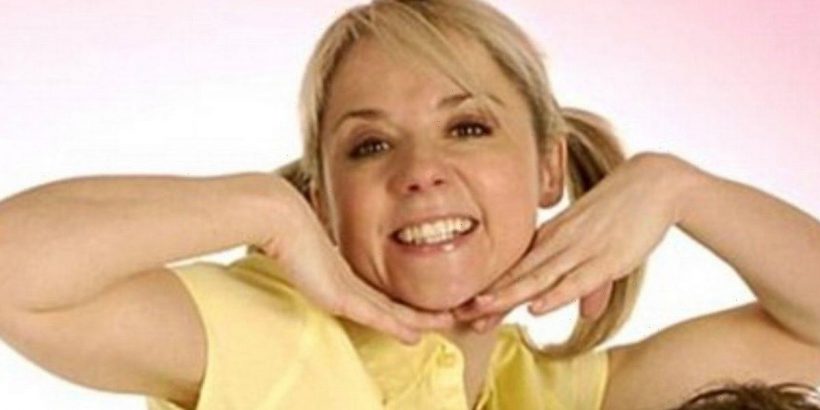 Ex CBeebies star Sarah-Jayne Honeywell has proved that age is just a number as she dared to bare all in racy underwear snaps that showcased her toned figure.

The 47-year-old admitted that she hadn't posted "anything as revealing as this in forever" as she took to Instagram to flaunt her svelte body.

It is the first time in 10 years that Sarah has paraded her body since going topless in a racy photoshoot which lead to her being sacked from her CBeebies role.

Sarah made it clear that she still had no problem with showing off her body in front of the camera as she wowed in skimpy lingerie a decade on from losing her presenting job.

The former TV star looked stunning and trim as she captured the mirror selfie images herself.

Standing side-on in one image, she rocked an electric blue laced bra that was teamed with a mismatch pair of animal print knickers.

It was clear to see that Sarah had clearly been hitting the gym as she proudly snapped her slim and healthy muscular form.

Captioning the duo of images, the former CBeebies star penned: "I haven't posted anything as revealing as this in forever but….. you know.

"I'm 47 and I’ve had two kids by c section and I'm not rich enough for surgery or matching underwear…..

"So I think it shows just how sweets, laughter and dancing can keep you fit #happiness #thelittlethingsinlife."

Back in 2002, Sarah-Jayne found fame on the popular children's programme Higgledy House and Mighty Mites, starring alongside her then pal, Justin Fletcher.

Her career appeared to be going from strength-to-strength until she posed topless for a racy PETA campaign.

Sarah, who posed on a plate while clutching her bare breasts had taken part unpaid to oppose eating meat, however the stunt enraged bosses who later dropped her from the chanel.

A final nail in coffin for bosses was a raunchy advertisement for Diet Coke which saw Sarah pouring the fizzy liquid over her chest while wearing a totally see-through white top that emphasised she wasn't wearing a bra.

After the images emerged Sarah established her contract with the broadcaster had been terminated.

At the time, she told The Sun: "The BBC was asked to comment, and they simply said I no longer worked for them.

"That was how I found out. There was never a phone call or a single conversation with my bosses – despite me having worked there for 10 years."