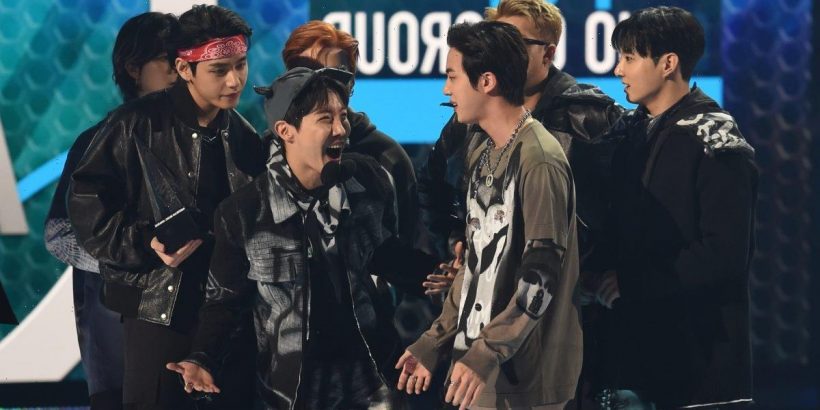 Even Chloe Bailey was excited to pose for a picture with the K-pop group, BTS. Here’s what the “Have Mercy” singer said about her experience meeting the award-winning boy band at the AMAs.

Bailey is one half of the sister duo Chloe x Halle, performing songs like “Ungodly Hour” and “Do It.” With Halle filming and recording for Disney’s live-action adaptation of The Little Mermaid, Chloe Bailey branched out to work on solo music. That includes the chart-topping single “Have Mercy,” which currently has over 60 million Spotify plays.

It made sense for Bailey to be among the artists performing at the 2021 AMAs. While attending the ceremony, the singer also supported nominees like BTS, the K-pop group also in attendance.

“They are incredible performers: how in-sync they are and how much passion they put in every move,” Bailey said during an interview with Variety. “Me being a performer, I admire that. And they’re just so sweet.”

BTS is considered one of the world’s biggest boy bands, even taking home the American Music Award for Artist of the Year. Before the award ceremony, Bailey met BTS at the AMAs red carpet. They even posed for a few pictures together with Bailey fully “fangirling” about the experience.

Chloe Bailey ‘fangirled’ about meeting BTS at the AMAs

The AMAs red carpet was full of Instagrammable moments, including one between Bailey and Jin, Suga, J-Hope, RM, Jimin, V, and Jungkook. After posing for a picture, Bailey thanked the K-pop group and wished them good luck on their upcoming performances, with RM replying, “Break a leg.”

“God bless you guys,” Bailey said before walking away. When BTS performed “Butter” later, fans saw Bailey standing in the audience, dancing along with the chart-topping song. When the “Have Mercy” artist took to the stage, fans noticed BTS bopping in their seats.

Bailey posted the pictures to her Twitter account, captioning it, “can you see how happy I am?” In less than a day, the tweet earned over 600 thousand likes from fans of both artists. Some ARMYs even asked for a potential collaboration.

A partnership wouldn’t be entirely out of the question. BTS recently collaborated with Chris Martin and Coldplay for “My Universe,” with the group releasing a “Butter” remix featuring Megan Thee Stallion the same year. Both artists have been considerably busy, though, with BTS kicking off their mini-Los Angeles residency later in November 2021.

Lizzo, Ariana Grande, and other celebrities are considered members of the BTS ARMY

Bailey wouldn’t be the first artist to share her support for this K-pop group, as everyone from John Cena to Halsey to Jimmy Fallon raved about their favorite BTS members and songs. The respect is mutual, with BTS often gushing about artists like Martin, Drake, and Nas.