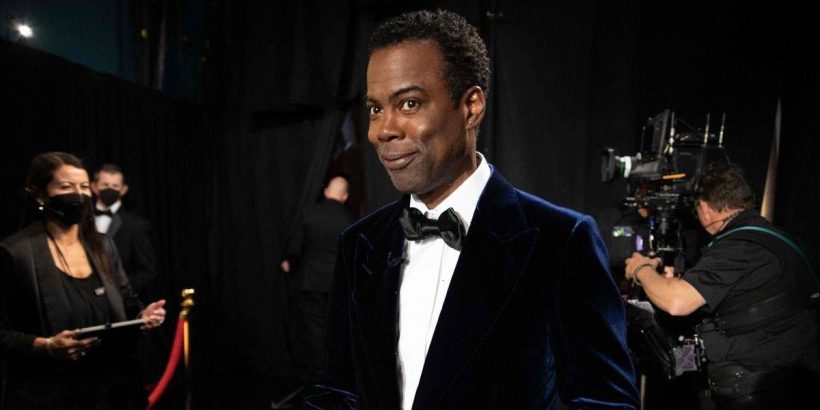 Chris Rock didn't hold back as he brutally swiped at Will Smith after Dave Chappelle was attacked at the Netflix Is a Joke festival at the Hollywood Bowl.

Dave appeared on stage on May 3 along with other comedians for a stand-up performance but during a quip an attendee threw himself on the stage and dived at the star.

Onlookers tweeted that there had been an incident on stage as Dave was rushed and attacked in the midst of the live show, prompting a man to be removed by security.

As Dave made light of the situation afterwards, Chris soon joined him on stage and said into his mic: "Was that Will Smith?", members of the audience have said.

Viewers couldn't help but laugh at Chris' quip as one person took to Twitter to write: "It's the way Chris Rock came back out to say 'Was that Will Smith?' glad I got to witness this in real time."

Another wrote: "Chris Rock making a Will Smith joke after watching somebody get mollywhopped for trying to tackle David Chappelle is so surreal."

However, while many fans were laughing about the situation, others were left concerned that more comedians might get attacked on stage.

The attack on Chappelle comes weeks after Will Smith hit Chris Rock at the Oscars after an insensitive joke about Will's wife Jada Pinkett Smith was made on stage.

Jada, who suffers with alopecia, shaved her head in recent months after suffering hair loss, and at the awards Chris made a joke suggesting she was starring in G.I Jane.

A visibly annoyed Jada rolled her eyes as Will stormed on stage and slapped him in front of the audience.

Chris, visibly shocked, said Will "smacked the s**t" out of him as Will returned to his seat and continued to shout at the comedian.

Will yelled: "Get my wife's name out of your f***ing mouth!"

Chris responded: "I was going to, okay?" before taking a moment and adding: "That was… uh… the greatest night in the history of television."

Will issued an apology soon after the incident and has been hit with a 10-year ban from the awards show.