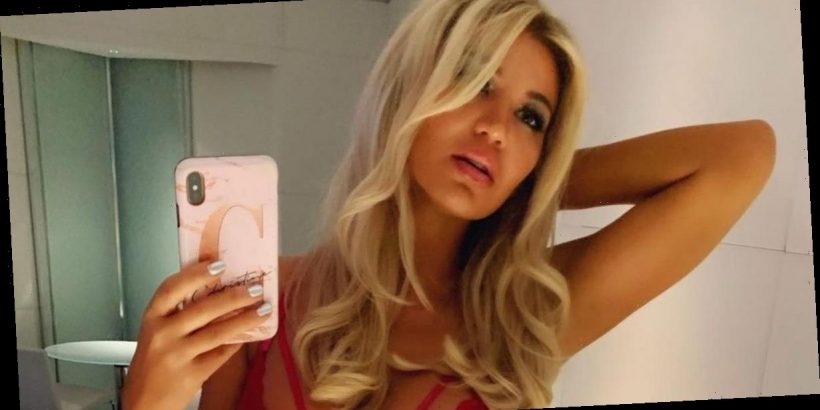 Christine McGuinness is known for oozing sex appeal and being effortlessly glamorous but she hasn't always been a buxom blonde.

The 32-year-old reality star is married to Top Gear host Paddy McGuinness and the couple are parents to three children.

Christine has always been blessed in the looks department, but over the years she's transformed from a fresh-faced beauty queen into the ultimate blonde babe.

She won the Miss Liverpool title during 2007 aged 18, and her modelling career soon took off.

During the coronavirus lockdown, she's been sharing home workouts with fans and has been heating up her Instagram grid with red-hot snaps.

Christine is not afraid to slip into some racy underwear to provide content for her social media profiles.

She often flaunts her figure in tight ensembles, leaving her followers in a hot sweat.

Daily Star Online has taken a look back at how Christine has transformed over the years.

Christine Martin was born in Halewood in Merseyside in 1989.

She's always been keen to be in front of the young camera from a young age.

A young Christine can be seen smiling proudly for the camera with her brunette locks styled in a plait complete with a pink braid which matched her bobble.

She captioned the adorable snap: "It's my birthday. Little girls with big dreams become women with vision.

"I have always been a dreamer, believer, achiever. Long may the good life continue."

Christine won several beauty pageants during her teenage years and featured in the Chester Model Girl competition in 2005.

Press shots from the event show the beauty in a skintight pink dress with a plunging neckline.

Taking on the world of beauty pageants, in 2007 she bagged the Miss Commonwealth title, and won Miss Liverpool, at the tender age of 18.

Christine was always slim, but instead of the blonde locks she has now she modelled with her natural brunette hair.

She used to wow pageant judges by embracing her natural beauty with a fresh-faced look.

Christine became a regular on the Liverpool modelling circuit alongside the likes of Abbey Clancy and Shelly Chopra.

During a fashion show for Cricket at the Liverpool Tennis Tournament her life changed forever when she met her future husband Paddy, 47.

Christine and Paddy's romance blossomed and in 2009 he popped the question on Christmas Day.

The pair wed in a lavish ceremony at Thornton Manor in Wirral in June 2011 after more than three years together.

When the twins were 18 months old Christine decided to undergo a boob job and increase her bust size from a 32D to a 32E.

Following the twins' birth Christine worked hard to regain her pre-pregnancy figure, but said that having children had made her realise she was "too skinny" and she started to try and build muscle in the gym.

The model still had brunette hair in her early 20s, but changed her locks from brunette, to blonde highlights to full blonde in 2017.

She joined the cast of the Real Housewives of Cheshire in 2018 and showed off her glamorous outfits during her time on the show.

Christine travelled with the show and shared regular updates to her Instagram, including several bikini shots.

Over the past couple of years Christine's look has stayed largely the same, as she maintains her flawless makeup and hair.

Her hubby Paddy even underwent his own hair transformation in 2020.

He dyed his blonde last year an hilariously branded himself "Not So Slim Shady".

Christine was delighted with the results boasting: "My magic hands created a beauty."

Christine has shared her gym journey with her followers as she's built envy-inducing abs and a toned frame.

Following the birth of her daughter Felicity, Christine was vocal about not rushing to lose her baby weight.

She later showcased her three stone weight loss, three months after the birth.

Christine credits the gym with helping her mental health more than her physical health.

The beauty has recently launched her own fitness and nutrition programme called My Vibe so fans can follow her workouts for themselves.

Christine even has been maintaining her routine during coronavirus lockdown, even getting her children involved in her workouts.

All three of Christine and Paddy's children have autism.