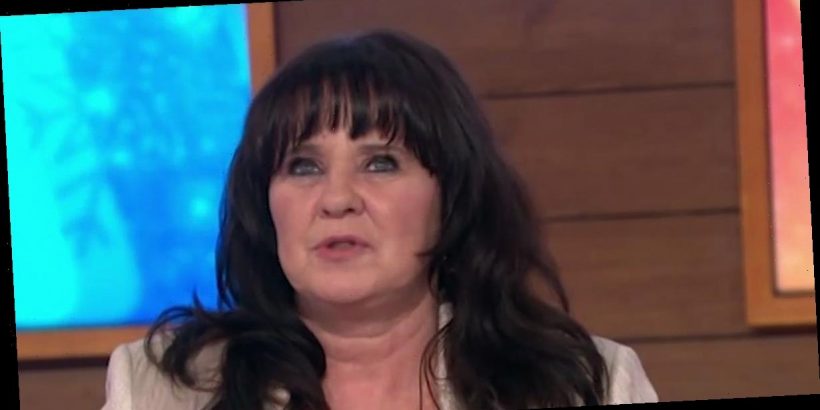 Loose Women favourite Coleen Nolan announced before Christmas that she was dating again and in the early stages of a new relationship with a mystery man.

However, the 55-year-old has now explained that she's finding it tough to keep the romance alive during the lockdown period – with meet ups prohibited at the moment due to coronavirus guidelines set out by the government.

The TV starlet is attempting to keep the fire burning by engaging in regular telephone conversations but admitted she felt it was too early in their budding romance for video dating.

While Shane Richie's ex is enjoying her new romance, she'd finding it hard not being able to see her new man.

During a episode of the ITV show last month, she bashfully told viewers "it's been really, really lovely," as she opened up about her new romance.

Although, for Coleen it was too early for the pair to even consider spending Christmas together she explained that they were simply "not at that stage yet".

In her weekly newsletter for The Mirror, Coleen told readers that she had in fact met her man online on a dating app.

But as lockdown is likely to go on for a few more months, she's worried that the lockdown will cause issues for the new couple who cannot meet up.

She penned: "Luckily, I did find someone I really like online – the challenge now is how on earth to keep the relationship going when we can't meet up.

The Nolan's sister surprisingly explained that she wasn't up for using other technologies such as Zoom because being on video made her feel self conscious.

She continued: "I've got to admit, I'm not one for endless FaceTime calls – I'm not ready for him to see me in my trackie bottoms just yet and, believe it or not, I feel quite self-conscious on video calls.

At the moment the novelty of the everyday phone calls have not yet taken their toll and has pretty much been that way since they met at the end of September last year.

But in spite of all the setbacks Coleen is enjoying the fiery chemistry between them and still looks forward to their endless chats.

She added: "I'm enjoying the flirtation and having something nice to look forward to during the endless hours of lockdown, but it is frustrating not being able to move things on.

"I'd love any tips for virtual dates, so drop me a line if you have any good ideas."