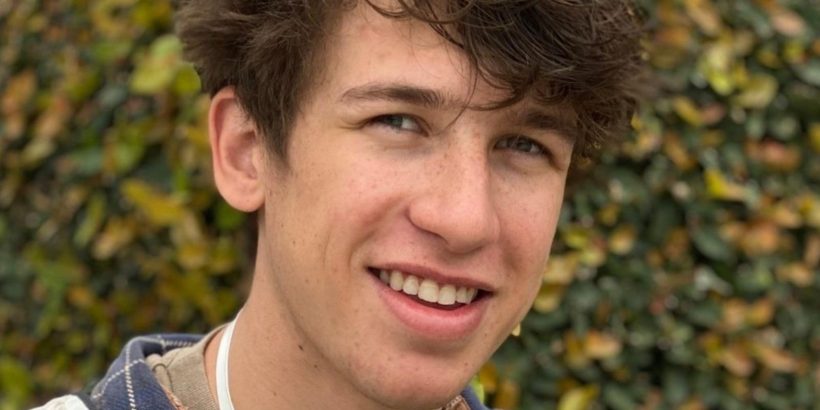 Perhaps “American Idol” hit so big — it was TV’s most-watched show for a record six consecutive seasons, per The Orange County Register — because it combined the newness and novelty of reality television with a classic, familiar, and triumphant narrative. Each year, countless talented singers compete for the chance to become a star, and after the judges and millions of viewer votes whittle them down, one is crowned champion in a cinematic, storybook ending. But that’s actually just the beginning, as the winners, and even the runners-up generally go on to major pop star success. Among the stars who found lasting fame via “American Idol”: Kelly Clarkson, Carrie Underwood, and Jordin Sparks.

Becoming an overnight star on the road to legendary status is a tantalizing fantasy, but it’s not for everyone. Throughout the show’s two-decade run, the occasional singer has decided of their volition to resist the allure of “American Idol” and walk away from this route to instant popularity. Here are some people who could have been the next American Idol but ultimately decided they wanted no part of the reality franchise.

In 2005, Season 4 of “American Idol” boasted one of its strongest ever group of Top 12 finalists, which included eventual winner (and hitmaker) Carrie Underwood, future Broadway star Constantine Maroulis, and Billboard-charting hard rocker Bo Bice. Charismatic singer (and dancer) Mario Vasquez was originally part of the Top 12, but dropped out of “American Idol” before the finals because of “personal reasons.” According to MTV News, Vasquez addressed rumors that he’d had a disagreement with producers or a fight with another contestant, telling New York TV station Fox 5 that his decision “had nothing to do with the contract for anything at all. I just needed to take care of some things in my life that needed to be focused on.”

Two years later, the reasons behind Vasquez’s sudden and inscrutable departure from the star-making “American Idol” were arguably made a little more clear. According to MTV News, Magdaleno Olmos, an assistant production accountant on “American Idol,” filed suit in 2007 against the show’s production companies. Olmos alleged that “Vasquez sexually harassed him” in 2005, and after he reported it, he was fired and Vasquez quit.

The judge in the case later “granted a defense motion to send the case to arbitration,” according to Fox affiliate KKTV (via Reality TV World), citing Olmos’ contract with “American Idol” production house FreemantleMedia, which reportedly stipulated arbitrations over lawsuits for all “disputes.”

Bringing folky, bluesy, soulful, and singer-songwriter vibes to “American Idol,” Crystal Bowersox performed extremely well on a show dominated by arena rocker dudes and adult contemporary divas. In Season 9 of “American Idol,” she nearly won the whole thing, finishing as a runner-up to Lee DeWyze in 2010, but Bowersox still went on to musical success, scoring a couple moderate hits on the Billboard Hot 100.

Bowersox’s time on “American Idol” was tumultuous. In the middle of her season, she was hospitalized for emergency health issues relating to type 1 diabetes but didn’t drop out (She later confirmed to Healthline that her body went into diabetic ketoacidosis, a potentially deadly condition in which the liver overproduces blood sugar).

She did, however, quit “American Idol” at one point. According to TMZ, Bowersox told a small group of people in a parking lot after a show taping that she disliked the newfound media attention and missed her family so much that she was walking away. “American Idol” host Ryan Seacrest talked her back on, pointing out that the show could score her a recording contract and bring financial stability. What reportedly convinced Bowersox to un-quit was when Seacrest told her, “The greatest thing I ever did was make enough money so I could buy my mom a house. You can buy your mom a house.”

Why did Wyatt Pike quit American Idol? It's personal

If the judges’ effusive, praiseful comments were to be believed, Wyatt Pike had a pretty good shot at winning the Season 19 of “American Idol” in 2021. After a performance of Kings of Leon’s “Use Somebody” (on which he accompanied himself on guitar), Katy Perry (per People) said that Pike had an advantage because he’s “an authentic singer- songwriter,” Luke Bryan told Pike he would “be able to do music for the rest of [his] life,” and Lionel Richie said the singer had a great “style on stage” and was on the path to “something big.”

Pike made it all the way to the final 16 competitors on “American Idol,” and Ryan Seacrest announced on air that the musician had qualified for the top 12. He had some other news, too. “Wyatt Pike will not be competing in the competition. He had to drop out, but we wish him the very best,” Seacrest said. A show representative told People that Pike’s “American Idol” exit was over vaguely defined “personal reasons,” which he reiterated with the exact same obtuse wording in an Instagram post issued when he returned home to Utah.

“Today is Taryn’s day,” Payton Taylor told host Ryan Seacrest before an audition for the 2018 season of American Idol. The guitarist and aspiring, Nashville-based country musician was there to play guitar and offer emotional support for her budding pop star younger sister, Taryn Coccia. Judges Lionel Richie, Luke Bryan, and Katy Perry seemed generally, but not overly pleased by Coccia’s audition, until Perry, quipping that Taylor looks “like a rock star,” convinced the guitarist to give a singing tryout of her own. The discomfort from Coccia was palpable then when Taylor delivered a rousing version of John Prine’s “Angel in Montgomery.” She got a “yes” from all three judges, while Coccia got an advancement from everyone but Perry. That meant that they both moved on to Hollywood Week, albeit pitted against each other and without uniform support from the judges.

It all just seemed too strained and potentially detrimental to continue, so Taylor and Coccia said no thanks to “American Idol.” Taylor explained on Facebook, “We are sisters on a mission. … ALWAYS having each others backs. It’s never a competition with us.” Coccia offered her own thoughts on Instagram, writing, “I know that this is 100 percent the right decision for us. … We want you to see us for who we really are and we’re not striving for 15 seconds of fame.”

A frontrunner emerged early in the 2021 season of “American Idol”: an 18-year-old singer and pianist from Washington state named Benson Boone, who, according to HeraldNet, only took up an interest in music about a year earlier, unaware he had a tremendous voice, because he was focused on competitive diving. He charmed the show’s judge panel and delivered a take on Aidan Martin’s “Punchline” so undeniable that all three judges agreed to give him the “golden ticket” to head to the Hollywood Round. (Katy Perry was especially impressed, predicting that Boone could be named the next American Idol and that viewers were “gonna swoon over Benson Boone.”

But when the Hollywood Round episode aired on ABC, Boone was nowhere to be seen. Neither he nor “American Idol” producers gave official word on why he was no longer competing, but it may be because Boone doesn’t really need “American Idol to get famous. According to KOMO News, Boone was a TikTok sensation months before his “Idol” debut. He told the outlet his first music video on the popular app garnered 400,000 viewers, and before long, his clips were regularly receiving views in the millions. Right around the time of his brief “American Idol” run, Boone let his million-plus TikTok subscribers know that he’d signed on to collaborate with Imagine Dragons singer Dan Reynolds.

Nick Merico quit American Idol because of a family emergency

“American Idol” usually only books contestants who are completely unknown to the public; “The Voice” is a more likely place for an already semi-famous person to get a second shot at the big time. And yet “Idol” welcomed to its fold Nick Merico, who a couple of years before trying to make it as a singer, had become a minor teen heartthrob thanks to his role as romantic lead Daniel Miller on “Every Witch Way,” Nickelodeon’s sitcom soap. “American Idol” would factor oddly and circuitously on Merico’s road to fame.

In 2020, Merico aced his Los Angeles audition, getting a vote of yes from judges Lionel Richie, Katy Perry, and Luke Bryan, and an advancement to the Hollywood Round. After covering a versatile series of songs by artists including Donny Hathaway, Bryan Adams, and Bruno Mars, Merico found himself eliminated after a Top 20 performance of the Plain White T’s song “Hey There Delilah.” That’s not a bad finish, especially considering that the previous season, Merico got only as far as the initial Hollywood square-off. It was during that period in 2019 when Merico withdrew from the series. “Unfortunately, something happened with my family that I can’t really disclose that forced me to back out of the competition, because I had to take care of some things with my family” the singer told The Colt Balok Show, adding, “And I hate to say that, but that’s what happened. … It’s the truth, man.”

Tiquila Wilson could have gone quite far on “American Idol.” When she auditioned for the reality competition series in October 2013, the 24-year-old resident of Winston-Salem, North Carolina really impressed judges with her soulful, gospel-influenced, and emotionally-startling take on Adele’s “Someone Like You.” Jennifer Lopez said Wilson’s singing gave her full-body goosebumps; Keith Urban thought she was “the real deal”; and she justifiably earned a coveted “golden ticket,” a fastback to the next round of the contest.

Flash-forward to February 2014, when early in Season 13 of “American Idol,” Wilson announced her departure. “I just felt like ‘American Idol’ wasn’t for me,” Wilson told North Carolina TV station Fox8, adding, “And when I got on that stage, it was totally different.” Wilson is a self-described “church baby,” and she developed her prodigious singing talents performing at funerals and in houses of worship. She says she prayed on the matter and decided that the show didn’t align with her goals and aims.

Marlea Stroman felt too much pressure

In 2005, Marlea Stroman made pop music and television history. When “American Idol” was just hitting its early commercial and cultural peak, Stroman became the first person to ever voluntarily remove herself from the televised singing contest.

Her journey to musical success began promisingly — Stroman auditioned in Washington, D.C., singing Bonnie Raitt’s “All at Once.” The entire four-judge panel voted for her to continue, and sent to her along to the Hollywood Round with about 200 other contestants in total. About half were quickly culled out, but not Stroman, who passed that first cut. Nevertheless, she eliminated herself from “American Idol.” Stroman told Star Star (via Oh No They Didn’t) of the decision, “Everyone was really nice at first, but once we got to Hollywood it all changed. I’m not used to this. It was all going too fast. The producers begged me to stay, but I started to break down. I had the confidence I would make it to the end, but my problem is I’m really shy.” Stroman also missed her one-year-old son terribly, and when he got sick during her time away, Stroman knew it was time to quit and go home.