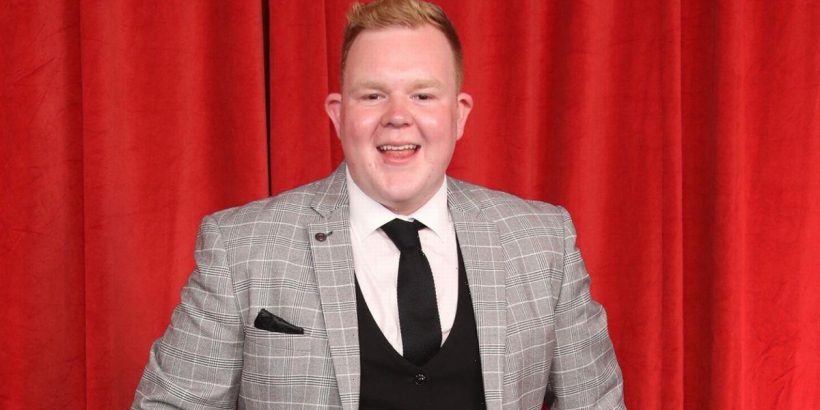 Coronation Street star Colson Smith took to Instagram to show off his toned body to his followers after a break from the gym.

The soap star is unrecognisable from his former appearance after losing an incredible 10 stone which he debuted to fans last year.

Colson, 23, who plays PC Craig Tinker in the ITV soap has become a dedicated fitness fanatic since his transformation.

He couldn't wait to share his progress with his followers and took to Instagram to post details of his workout as he headed back to the David Lloyd gym in Manchester after a week off.

Dressed in a simple grey t-shirt and black shorts Colson sat on a mat to take the first image of himself posing in a long mirror.

He captioned the post: "First session back after a week of pasta and pizza."

The actor then added a shot of his cream trainers as he wrote: "It was good to be back."

Colson's posts come after the star opened up about the horrific trolling he was subjected to over his weight prior to his fitness transformation.

The Weatherfield star overhauled his lifestyle with a combination of exercise and healthy eating to optimise his acting skills and improve his wellbeing.

He wanted to shed the weight to make it easier to chase any potential criminals on set.

However, despite being 10 stone lighter he says the jibes made at him by cruel trolls still haunt him to this day.

Colson told Runner’s World UK magazine: "That fat kid is the kid that I’ve looked at every day in the mirror and I still see him now. It’s a battle I’m probably going to carry with me for the rest of my life.”

He made a YouTube documentary titled Bored of Being the Fat Kid to share his journey with his fans.

His transformed physique was first aired on Corrie last August after a break from filming for the Covid-19 lockdown.