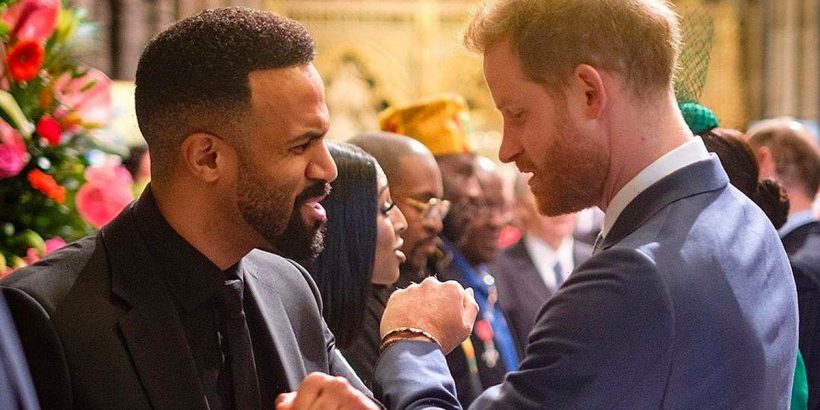 Craig David has opened up on the “tension” he felt while performing for Prince Harry and Meghan Markle before the pair stepped down from their royal duties in 2020.

The 40-year-old music opened up about the moment he sang for the Duke and Duchess of Sussex during an upcoming interview on The Jonathan Ross Show this Saturday.

After he performed his new hit single Who Are You, the music producer sat down with the dad-of-three to explain what it felt like to perform to the royals during an explosive time in their relationship.

During the popular ITV talk show, the singer songwriter described the moment the couple looked up at him as he started to perform some of his biggest hits across his 20-year career.

Before the couple announced their decision to set down roots in the heart of California, the couple attended a Commonwealth celebration hosted at Westminster Cathedral.

As her performed some of his biggest hits for the royal family, Craig reflected on the building “tension between the royal couple” during the memorable event.

He recalled: “[In] 2019 I performed at Westminster Cathedral … a lot of tension going on at that period of time; Harry and Meghan were there.

“I went to sing for the Commonwealth celebrations, I remember walking up.

“The Queen, she was watching this whole procession … I went up and sang this acoustic performance.

“The moment she looked up and that moment of acknowledgement … the full vibes. Everyone in the family,” he shared.

But the pop star noticed recalled a less positive moment from the new parents, as he felt the tension ooze from the pair while on stage.

He continued: “I always talk about how music is healing and a form of therapy. I could feel it cut through.

“There was a part where Harry looked up, Meghan looked up, I felt it really landed in their hearts.

“It felt like that was the one moment where I was able to witness that.”