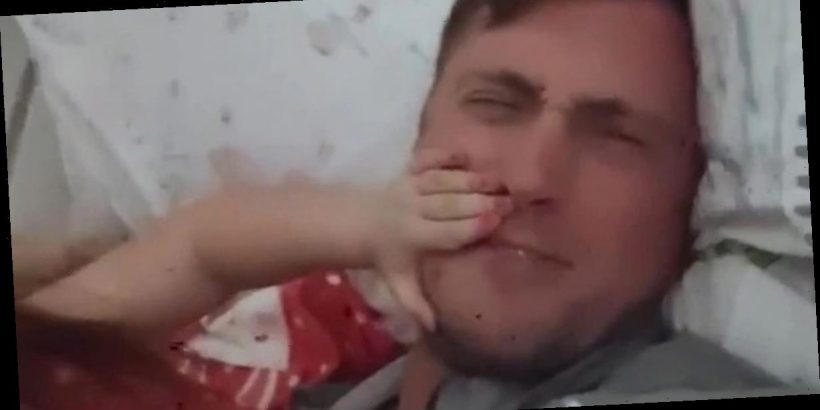 Dan Osborne has been dad-shamed by angry fans after he refused to tell his two-year-old daughter Mia off for slapping his face continuously.

The former TOWIE star, who is married to Jacqueline Jossa and shares two children with her, was slammed by his Instagram followers after he uploaded the clip of himself and Mia on his Story.

In it, Dan could be seen flinching as Mia, 2, whacked him in the face as the 29-year-old continued to film the moment and then upload it.

Laughing as his baby girl playfully hit out, Dan joked that she would watch it back one day and "be sorry".

He said: "What is wrong with you? I've got this on video. You're going to see it back and you are going to say sorry."

Grabbing onto his cheek, through laughter Dan said: "Jesus Christ baby. That's not good. That hurt. I'm getting knocked out."

Alongside the clip, he captioned it: "How can someone be so cute then turn to this. Terrible 2's in full swing," with a crying with tears emoji.

Later on the reality TV star revealed he had received a lot of messages from annoyed fans on why he didn't tell his daughter off.

Taking to his Story, Dan explained to his 1.1million followers: "I've already had a couple of people jump on it. 'Why are you letting your daughter do that?' What if she did that to another kid'.

"No my kids play fight with their dad, they hit their dad and I take a smack."

Dan continued: "So what? That's what dads are for. They just hit their dad. So calm down. They are not hitting you, are they?

"They know not to do it to other kids. We are not even around any other kids."

It comes after the star was forced to issue an apology to fans, seeking forgiveness after launching into an angry rant on social media.

The reality TV star raged at fans to "go f*** yourselves" in a furious tirade after his followers accused him of breaking lockdown rules.

Dan, along with his wife and their two children, travelled four hours from his home in Kent to Yorkshire to visit their new puppy.

In a since-deleted snap, showing Dan and Jacqueline with their puppy Tyson, he wrote: "Look who we did an 8 hour round trip to go visit today."

However, the dad-of-three was then on the receiving end of a barrage of criticism, with certain followers accusing him of breaching Covid restrictions in making the journey.

Dan filmed himself shutting down the criticism, at one point telling fans: "Go f*** yourself. You don't know me, I don't know you. You wouldn't call me it to my face."

Later in the evening, the reality star decided to apologise for the video, posing shirtless in bed as he reflected on his "terrible language".

He said: "I'd like to apologise to the 99 per cent of you for my terrible language, that was awful."

The trip was later given the all clear by police who said it didn't breach government guidelines.