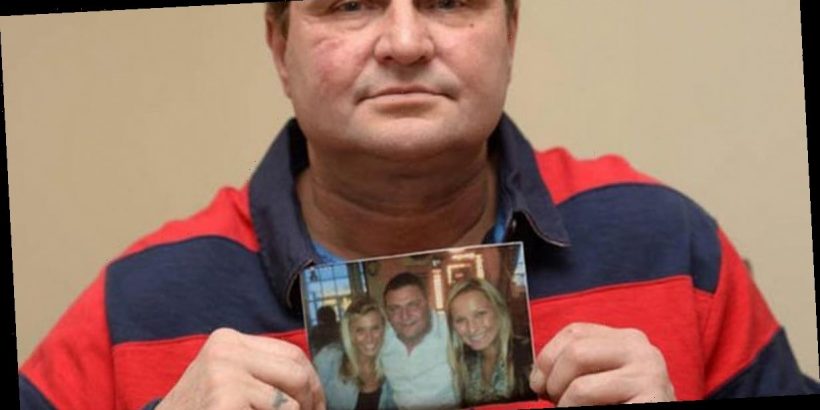 Billie Shepherd (Faiers) is a successful reality TV star who is starring on this year's Dancing on Ice, but her life hasn't always been so picture perfect.

The Dancing on Ice star and her younger sister Sam Faiers have had a troubled relationship with their biological dad Lee.

Both sisters have spoken about the rocky relationship their mother Suzanne Wells had with Lee, whom she split from after he became violent following alcohol and drug abuse.

Speaking in a past interview with the Daily Star, Lee said: "I started taking speed because it was cheap, I was drinking non-stop and I became violent. Sam and Billie knew about the violence. I can’t believe I put them through that."

He added: "I know I haven't been the best dad in the world. I feel like I've let her down but I want my girl back in my life. I miss her so much.

"I think they're nervous around me. If I go round to Sam's house I'm kept at the door.

"It breaks my heart we're not close. I'm worried they'll never let me into their lives and I'll never know them."

After he became homeless, Lee decided to turn his life around – but his relationship with Billie and Sam didn't just improve over night.

Sam spoke about Lee in her 2015 autobiography Secrets and Lies, and said: "From what I gather, he was a seductive bad boy who made his money as a successful market trader.

"But money trouble hit and his drinking got out of control. Added to that was the drug use – he was taking speed and it made him volatile and awful to live with. We had no time for the man."

In the autobiography, it is also revealed that the girls’ biological father – who walked out on the family when Sam was just two years old – once "half strangled our mum and beat her up so badly she had to go to hospital".

Luckily, Lee is more a part of their lives these days and has a relationship with his four grandchildren.

However, when Billie married husband Greg in the Maldives in 2019, it was her stepdad David ‘Dave’ Chatwood who walked her down the aisle.

Billie and Sam are said to consider Dave Chatwood to be their real father and still retain a close relationship with him despite his dodgy past which includes a stint in prison.

Dave was jailed in in 2013 for four years for playing a role in a £1.1 million bullion robbery.

However, he was released after four months in May 2013.