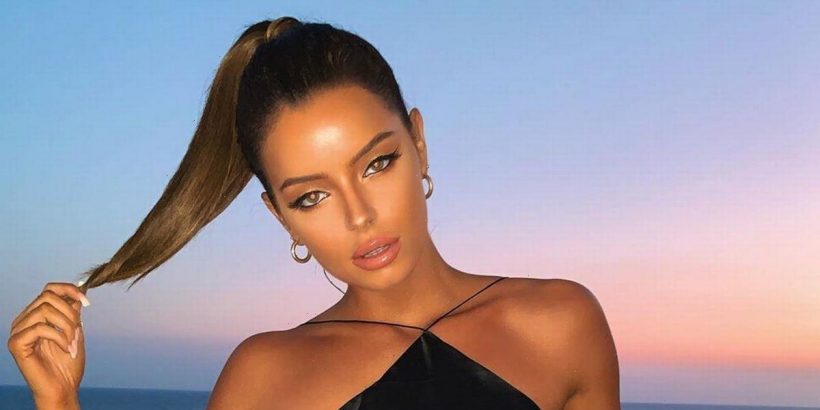 Dancing on Ice beauty Maura Higgins has been rushed to hospital after being involved in a horror knife accident.

The Love Island star updated her 3.3million Instagram followers on her condition, posting a snap of her slippered feet to her Stories with the caption: "Ended up in A&E after slicing my finger to the bone… Happy f***ing Monday!!"

She could be seen wearing a pair of baggy cream sweatpants, designer slippers in black and gold, and a pair of comfy white socks for her hospital trip.

Thankfully Maura didn't seem to be injured too badly, as an hour later she shared a sweet video clip of her very recent trip to the Maldives along with a suitcase packed full of clothes.

She wrote: "Maldives I miss you" on top of the clip.

And it makes sense that after suffering such a horrific accident she'd much rather be taken back to her happy place.

Fans are clearly worried about the star, with one writing on a recent Instagram post: "I love this dress and picture. I hope you're ok after your trip to A&E Maura!"

"Did you get stitches?!" another fretted, as a third wondered: "Are you still at the hospital?"

While someone else commented: "How is your poorly finger?"

"I hope the hot doctors are looking after you!" another fan chimed in.

Maura kept her legions of loyal fans in the know as she posed for a range of sultry snaps while enjoying her break away, including one scorching hot picture with her kneeling on the beach in a polka dot dress.

But she did come under fire from some social media users as she was accused of photoshopping her abs in a series of photos they accused of being edited.

The photo was snapped while out with best friend Molly-Mae, another former Love Island beauty.

Model Maura was flooded with criticism shortly after it was posted, with fans accusing her of distorting the images.

In the past, the svelte star has claimed to have never done a gym session, which is why fans were questioning her taut stomach and prominent abs.

However, the star quickly insisted: "Nahhh my DMs are full… 'too much photoshop' proud to say no hunnys this is me & my raw camera roll from last night."