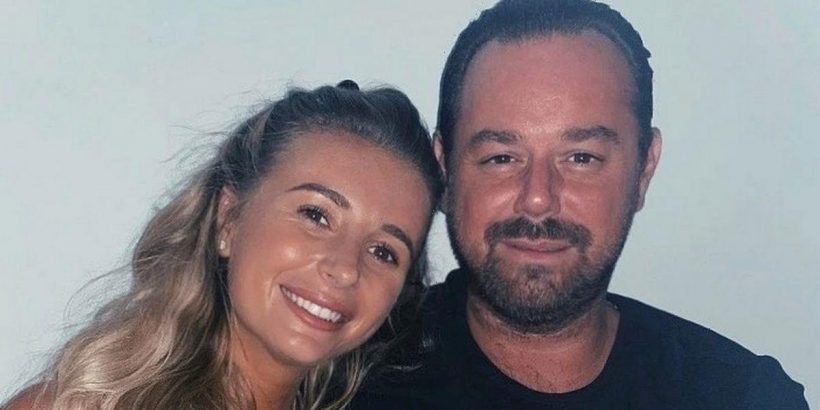 The 25-year-old, who shares nine-month-old son Santiago with her ex, says her soap star dad thinks her new man is a 'lovely guy'.

Dani said: "He's invested in all of the West Ham players because he supports the team and follows some of them.

“Everything is so early days. Jarrod is a lovely guy and we're enjoying getting to know each other," the mum-of-one told The Sun.

Dani's sweet announcement about her EastEnders' dad's approval for her boyfriend comes after fans were convinced she was pregnant.

The bombshell sparked speculation when she posted a photo of herself pushing a double-buggy.

She captioned the post with "you asked and we delivered," revealing that the buggy had been "added to her range" of baby products.

The reality star has developed her own range, called Cherish by Dani Dyer.

It includes a variety of stylish baby accessories.

Although social media followers were quick to attempt to decode the message and speculated she was pregnant.

"Seriously thought this was an announcement or maybe it is," one wrote.

Another cheekily asked: "Making another baby to put in it?"

While a third said: "Thought you was announcing a second bubba there," to which Dani replied: "Leave off!"

It comes after the star broke her silence regarding the father of her son, Sammy.

The conman is serving time in jail after scamming two pensioners out of £34,000.

Dani broke up with Sammy shortly before he was sentenced, but told her dad on his podcast Sorted, that the pair would always be "tied by blood".

She said: "'You are never really friends with your ex-boyfriend. It's a little bit different in my situation.

"Obviously, I will always have a relationship with Santi's dad, it's very different when you have children.

"You're tied together by blood and you're always going to have a relationship there. But there's still a line."

Dani added: "Why would you want to be friends with an ex? You want to move on with your life. You split up for a reason."