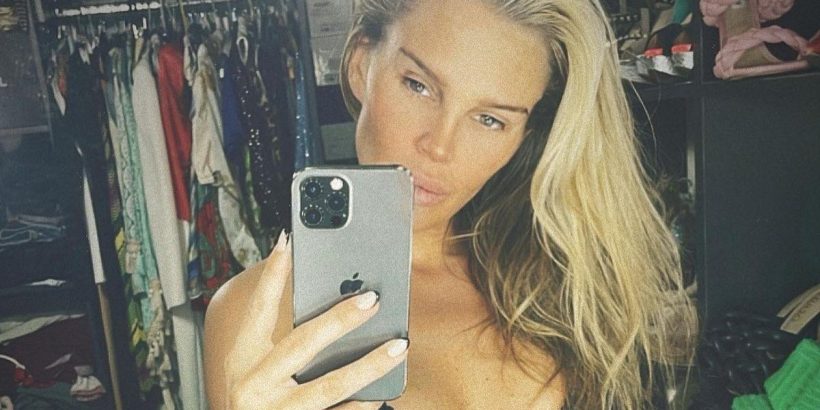 Danielle Lloyd has blasted trolls who called her “skeletal” and “unnatural” after she posted a picture of herself in a bikini.

The mum-of-five looks slim and toned in the image, featuring a sexy paisley two-piece, and captioned it: “Believing in yourself and having determination, you can achieve anything.”

But some of her fans were not impressed with the ripped picture with one saying it “was not a look to aspire to”.

Danielle hit back by posting: "Damned if I do damned if I don’t, can’t please everyone but am happy and healthy and I eat well most of the time so if you don’t like it not my problem, sorry."

Other fans were quick to defend the 38-year-old, saying she looked “amazing” and congratulating her on her fantastic figure.

And a third said: "The amount of women that feel it’s appropriate to comment on another’s body shape 'Eww too thin, not healthy, anorexic!' Get in the bin – your comments, and you people are the ones OUR KIDS DO NOT NEED TO SEE.

“Banging on about role models, when you’re sat there body shaming a female working HARD on social media – the hypocrisy."

Danielle, who gave birth to her daughter Autumn Rose late last year, further commented on the issue on her stories, saying: "I posted that picture for me. I feel good that I have five kids and I've really looked after myself.

"Nobody, especially another woman, should be bringing me down. It really irritates me when people try to put me down. I don't want to be that person that sits there and eats takeaways and gets fat.

"I believe I'm a really good role model. I look at myself in the mirror and say 'I bloody look good'".

Danielle, who is married to Michael O Neill, has four sons. Three are from her previous marriage to footballer Jamie O'Hara and one with Michael. She has been vocal about wanting a little girl and said she cried when she found out she was having a daughter.

She told OK! magazine that on the way to having her gender scan she “felt sick”.

Danielle added: “I couldn’t breathe on the way there. It was excitement, nerves, everything.

"I burst into tears straight away, I just couldn’t believe it."