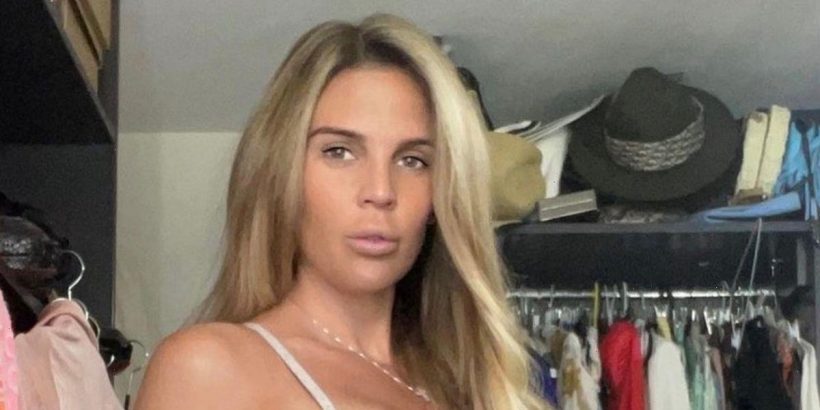 Danielle Lloyd has impressed her social media followers once again with her incredibly toned figure, just weeks after giving birth to her baby daughter.

The star uploaded a racy snap to her Instagram which showed off her toned pins while wearing a skin-tight Fendi leotard.

The mum-of-four captioned the post: "Too blessed to be stressed #blessedmother #positivity #manifestation #goodthingsarecoming #positivevibesonly"

Friends and fans flocked to the comment section to support the star.

A second added: "Go on girl! You look great!"

While a third penned: "U look [flame emoji]"

A fourth joked and said: "Ffs how olds autumn not fair that I still look like melted ice cream off my poppy"

This comes days after ex Celebrity Big Brother star showed off her incredible abs just weeks after having a new baby.

A series of snaps showing her doing a spot of shopping also proved how quickly she snapped back into shape.

The 38-year-old, who recently returned to OnlyFans, looked absolutely stunning in jeans that flaunted her long slim legs and a Balenciaga sports bra that left her showed off her rock-hard abs.

The model had opted for a natural makeup look and her skin positively glowed – despite the fact that she is probably being kept up at night with her new arrival.

Danielle is mum to four boys – Archie, 11, Harry, 10, eight-year-old George and Ronnie, four – and had made no secret of the fact that she wanted to add a little girl to her brood.

She previously told OK! magazine that she started to cry when she heard that she was finally pregnant with a baby girl.

The star was given the news during a pregnancy scan.

She said she expected the doctor to say she was having a baby boy because she was so used to that being the case, and was totally taken aback when he said she was carrying a girl.

"I burst into tears straight away, I just couldn't believe it," she said.