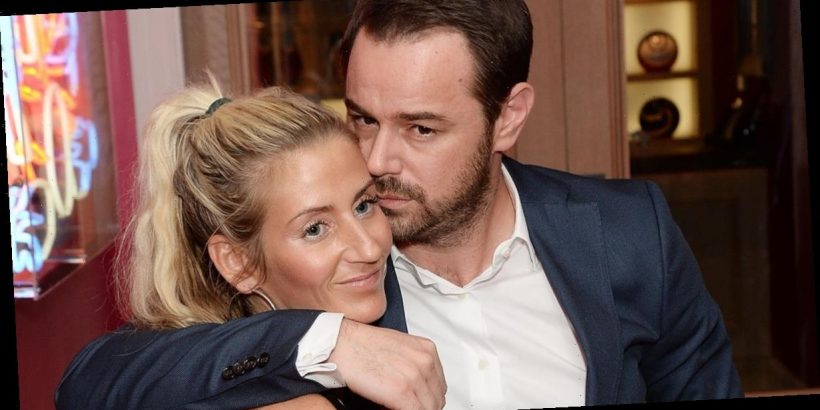 EastEnders star Danny Dyer has said he and wife Jo cannot have sex during the day because it "repulses" his 13-year-old daughter Sunnie.

The 43-year-old BBC soap actor confessed he and Jo try and squeeze in a "roll about" but they keep getting caught by their child.

On his podcast with daughter Dani Dyer, he also revealed how Sunnie is "disgusted" by her parents "tongueing" in the middle of the day in broad daylight.

Comedian Katherine Ryan also joined the Dyers on the podcast episode as she admitted she has the same problem underneath her family home's roof with her hubby.

The Duchess star, who is a mother to her 11-year-old daughter Violet, says she is a "whole different person" as her teen years loom in.

Danny joked: "She [Sunnie] keeps on catching us tongueing, we're having some issues.

"We're trying to nick a moment because we've got kids up our a** constantly. It's hard to have a roll about."

Agreeing, Katherine also shared her problem in a straight-talking fashion.

She said: "That's exactly the problem, I think a lot of the nation, I don't know if you've addressed this issue, but what's your advice on that because my husband and I are the same?

Danny agreed: "Really repulsed, she doesn't think it goes on during the day."

The star continued: "She thinks it's a night-time thing. Can you get a lock on your door?

"But then it's obvious that mummy is, you know…"

It comes after Dani said her dad is "always emotional" around his grandson, Dani's son, whenever he is around him.

According to Dani, Danny is on the verge of tears when he holds the baby.

Love Island winner Dani explained: "He’s been so emotional around Santi. Literally the other day he was nearly crying."

She said Danny – Albert Square’s Mick Carter – told her: "I love babies and that, like other people’s babies, but your baby…

Influencer Dani had little Santiago with her beau Sammy Kimmence in January after a long labour.