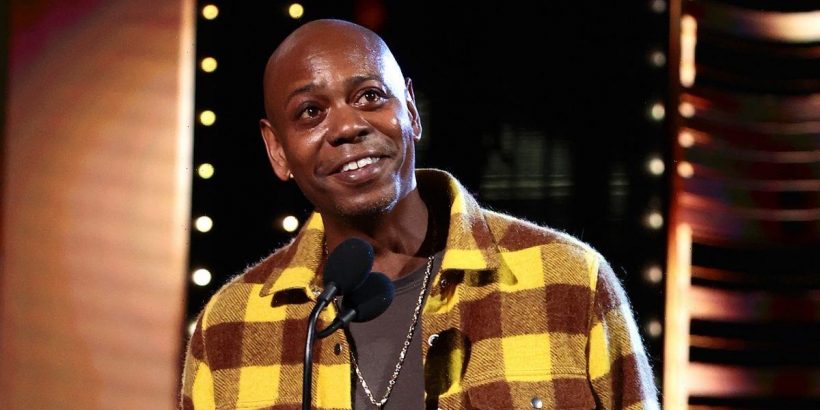 Comedian Dave Chappelle was attacked on Tuesday evening as he performed at the Netflix Is A Joke festival at the Hollywood Bowl.

Dave, 48, was said to have been "tackled" as an attendee ran on stage and dived on the star prompting security to jump into action and pull him off stage.

Despite the shocking incident, a representative for Chappelle said: "Dave Chappelle celebrated four nights of comedy and music, setting record-breaking sales for a comedian at the Hollywood Bowl. "This run ties Chappelle with Monty Python for the most headlined shows by any comedian at the Hollywood Bowl, reaching 70,000 fans of diverse backgrounds during the first Netflix Is A Joke: The Festival, and he refuses to allow last night’s incident to overshadow the magic of this historic moment."

She explained that the incident was "unfortunate and unsettling", but Chappelle carried on with the show.

The statement noted that Chappelle continued with the show and recognised that Jamie Foxx and Chris Rock helped calm the crowd with humour after the incident. His representative added that Chappelle is "fully co-operating with the active police investigation" into the incident.

Speaking about the attack, LAPD said after the incident: "A famous comedian was performing at the Hollywood Bowl and when he finished his act a male jumped on to the stage and tackled the celebrity.

"The suspect produced a replica handgun and pointed the item at the victim. He was taken into custody and was arrested for assault with a deadly weapon."

The Hollywood Bowl have also stated that an investigation has been launched following the incident. The attack on the comedian comes weeks after Chris Rock was slapped by Will Smith at the Oscars following a joke made about Jada Pinkett Smith.

Many comedians at the time shared their concern that the incident would prompt people to attack comedians if they didn't like their joke.

Comedian and TV presenter Paddy McGuinness was one of the many people to share his concerns and suggest a connection, writing on Twitter: "The wrong un who attacked Dave Chappelle on stage is, for me, a direct result of Will Smith assaulting Chris Rock at the Oscars. Only thing I’m surprised about is it’s taken a div that long to copy it?"

The attack on Chappelle follows backlash after comments he made about transgender people in his Netflix comedy The Closer.