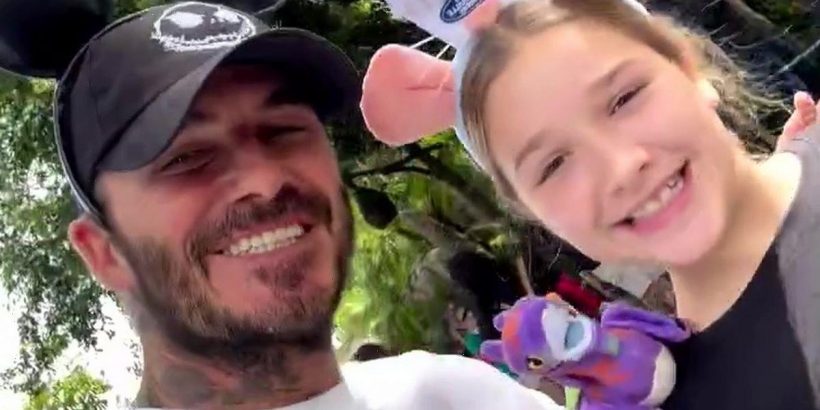 David Beckham has heaped praise on England's Lionesses for inspiring his daughter Harper, following their win at Euro 2022.

The football icon, 47, applauded the women's football team after they were named as winners of the special Inspiration Award at this year's Daily Mirror Pride of Britain awards, which will take place on Monday evening (October 24).

David will appear in a special video tribute to the team of champions after they became beloved by the nation thanks to their sporting win this summer.

In the message, David tells the women: "There was a real unity with the team, the excitement was building and these stadiums were full of families."

He goes on: "Thank you very much, girls for inspiring my daughter and making her kick a ball around again ­­with her dad."

As part of the video message, schoolgirls up and down the country will also appear to thank the Lionesses, while Ian Wright will praise their "focus" and "quiet confidence".

The football pundit and former player says: "We won on the biggest stage and in front of a home crowd."

Speaking of the team's huge win and why they deserve their new moment of glory at the Pride of Britain awards, David said: "For me personally, having a daughter, I want her to look up to inspiring people… They inspired a whole generation, a new generation.

“The amount of girls I was seeing in parks playing football, my daughter wanted to go out and play.

“That’s how inspiring it was for our nation.”

The Pride of Britain judges said: “This was a sporting moment that stood out for all the right reasons, brought to us by a team that encapsulates the very best of what it means to be British and at the top of their game.

“The Lionesses are a team we can all be proud of – on and off the pitch.”