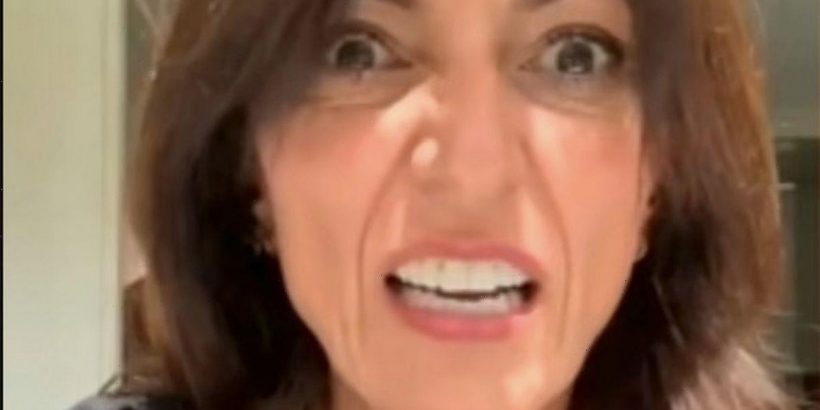 TV presenter Davina McCall fears she is growing a menopausal beard and says she's "p***** off" at changes to her body.

The former Big Brother host, 54, said she had found "big fat wiry black hairs" on her chin in a video posted to Instagram on "Menopause Monday".

It comes after the TV star explained her severe menopause symptoms as she spoke to Sophie Raworth on BBC One's Sunday Morning.

Davina said that her menopause "aged" her and left her feeling "embarrassed" and "irrelevant".

The mum-of-three recently wrote a book on the issue, Menopausing, and at one point burst into tears, thinking she was suffering from "a brain tumour or Alzheimer's or something".

She explained: "I felt it aged me, I felt it would make me irrelevant, I felt embarrassed because I'd always felt at the top of my game.

"I'd been in television at that point for 20 years, I really knew what I was doing, I was extremely proud of my kind of list-making and my logistical practicality and the fact that I could multitask," she said.

She told Sophie: "Somebody asked me if I was okay because I messed up on a TV programme, and I said yes, and when she shut the door and went away, I just burst into tears.

"Because I thought 'I'm not okay, I think I got a brain tumour or I've got Alzheimer's or something, help me."

This comes as the fitness fanatic revealed it “would be good” if Big Brother was to make a return.

Speculation has been mounting that the long-running social experiment programme is going to make a dramatic return to British tv screens on ITV2, with Mo Gilligan rumoured to host.

Davina became a fan favourite, hosting the series for 11 instalments on Channel 4 from 2000 until the show's cancellation in 2010 and subsequent move to Channel 5.

But after much fan speculation online, she opened up to the Metro about the prospect of resuming her hosting duties.

She told The Metro: "There have been so many rumours in the past so I’m not even thinking about it but, I do feel like with a few tweaks it can come back.