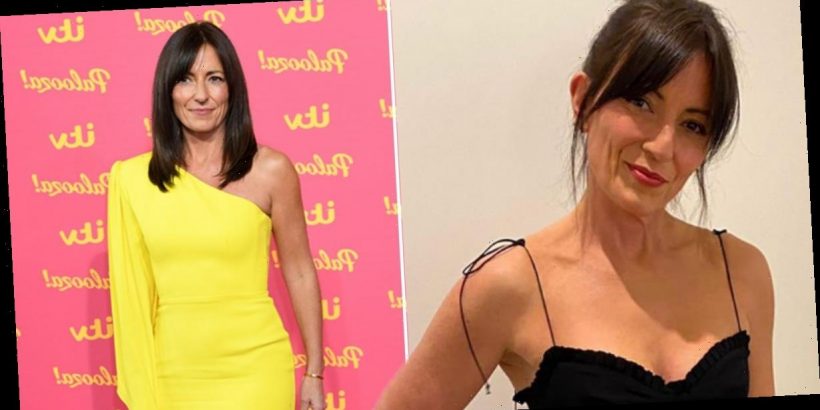 The Masked Singer judge took to Twitter on Friday afternoon to share an adorable throwback snap of her dog with her army of fans.

In the image, the cute mutt could be seen sitting on the lawn with his dog tag in clear view.

The tag contained Davina's home phone number as well as her postcode – intended for if her pooch was lost and needed returning.

Unaware of the fail, the Million Pound Drop host simply captioned her tweet about how cute her dog looked.

After we flagged the issue Davina, 53, quickly removed the snap.

Daily Star can confirm that while the details were genuine, they were an old number and postcode.

Davina recently opened up about her battle with illegal drugs before landing her job on Big Brother.

The brave star says it's a 'miracle' she is still alive after abusing ecstasy, cocaine and heroin in her youth.

Speaking frankly to DJ Fat Tony on his new show The Recovery, she said: "It’s a miracle I’m still alive.

"My drug of choice was heroin. I went from speed then to coke – coke was/is really expensive for a 17, 18-year-old girl still at school.

"Then I got a job at Models One and that changed everything.

"I was partying a lot and it was the ecstasy era and it was late Eighties, early Nineties – summer of love.

Davina only managed to get help after a friend threatened to cut her off if she wasn't clean.

The star, who is now over two decades sober, added: "That was like a dagger, I thought, ‘Oh my god, I am the topic of discussion at dinner parties.’

"I can just give up one drug, heroin, and keep taking the others.

"Suddenly, everything started doing a Tetris and was falling into place, I thought, ‘Oh my god, I’m an addict.’"