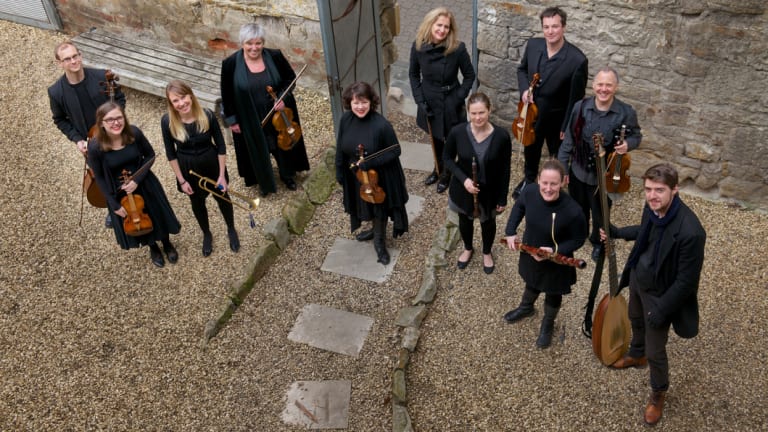 This period music group which hails, unsurprisingly, from Tasmania is barely two years old and has a charter to investigate works from the 17th and 18th centuries.

Its leading light, violinist Julia Fredersdorff, has been the guiding force for the last decade behind the Peninsula Summer Music Festival and is a member of the estimable Latitude 37 trio.

While still learning along the way, VDB is peppered with musicians of considerable pedigree, like violinists Lucinda Moon and Emily Sheppard and double bass Kirsty McCahon.

Much of this night’s program came from an album the group recorded last year of cello concertos by Nicola Fiorenza, an Alessandro Scarlatti sinfonia and a concerto grosso from Geminiani’s fertile pen.

The players also offered a very brief Domenico Scarlatti sinfonia, a bold-strokes Corelli concerto and a too-familiar cliche by master-cellist Boccherini: the Ritirata from his Night Music quintet.

Catherine Jones made an indefatigable soloist for the three Fiorenza works, showing plenty of verve in the works’ broad strokes (although the more ornate decorative pages sounded muffled even with a light orchestral support). While the scores in D and B flat revealed some original touches, the concluding Concerto in F displayed the neglected composer’s originality of line and structure to best effect, with two striking cadenza-type interludes.

The ensemble is still liable to spongy initial attack and – bar the top violins – a lack of clear definition. Nevertheless, VDB makes a welcome addition to the nation’s early music field.