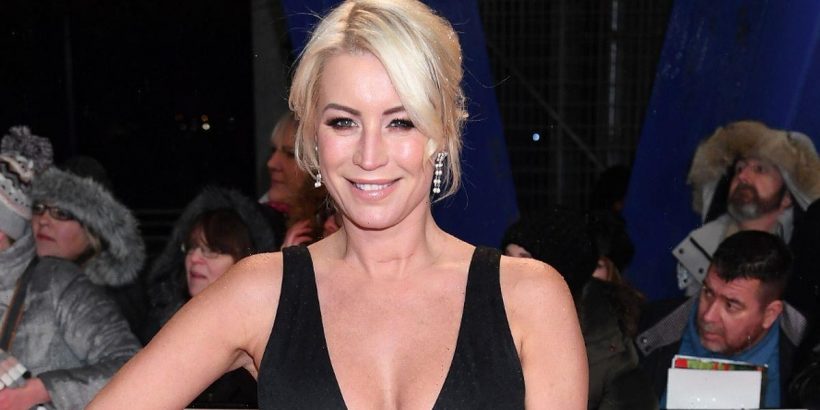 The couple dated for over seven years, with speculation growing that wedding bells could be on the cards, before Denise made the shock announcement last week on social media, saying: "It saddens me to confirm that we are no longer a couple.

"I had to make the difficult decision not to continue in our relationship."

Eddie is one of the high profile partners that Denise has dated throughout the years, and Daily Star takes a look at Denise's past love life including dating a huge musical theatre star, fellow actors and film makers, as well as a massive 90s pop star.

During this time he also dated Denise Van Outen for over three years from 1998, with the couple even getting engaged and Jay Kay describing Denise as making him laugh, saying he "wouldn't want anyone else."

Both Denise and Jay Kay said that work related issues were the cause of the break up, with Jay Kay telling OK! Magazine before their split: "If Denise and I get to spend five days together it's a bonus. We hardly get to see each other because of our schedules."

Despite their break up, Denise said that they had remained on good terms, telling The Mirror: "Jay and I are still really good friends and people are speculating so much about why we broke up.

"The reason was work-related but we're still both happy and still speaking to each other."

In the same year that Denise's relationship with Jay Kay ended, she began dating fellow actor and filmmaker Nick Moran in 2001.

Nick has had huge roles in Hollywood films including Lock, Stock and Two Smoking Barrels and Harry Potter and the Deathly Hallows: Parts I and II.

However, their romance was short lived and the couple broke up not long after.

Following her break up with Nick Moran, Denise dated nightclub owner Richard Traviss for over two years from 2003, and later became engaged.

Richard would lavish affection on Denise, reportedly buying her 100 red roses before the opening night of a show that she was appearing in at a West End theatre.

A friend also told The Daily Mail that the couple had bought a two storey apartment in Marylebone, London and that the two spent most of their time together.

However, their engagement happiness turned to heartbreak once again, after the couple split in 2005, with Denise telling ES Magazine: "We're still talking and we're still great mates."

After the heartbreak of two engagements coming to an end, Denise tied the knot with musical theatre performer Lee Mead.

Denise met Lee while he was a contestant on the talent show Any Dream Will Do, where he was auditioning for the lead role in Andrew Lloyd Webber's production of Joseph and the Amazing Technicolour Dreamcoat.

Denise was a judge on the show, and not only did Lee win the competition, he also won Denise's heart.

The couple later married in 2009 and later welcomed a daughter called Betsy, in 2010.

However in 2013, they announced that they were divorcing, with a statement from Denise Van Outen's spokesperson saying: "Following continued speculation, Denise Van Outen and Lee Mead are sad to confirm they have decided to separate.

"The couple remain the best of friends, with their daughter Betsy as their number one priority. The family ask for privacy at this time."

Talking about their split, Denise said to You Magazine that she was heartbroken, saying: "Oh God, I get so hurt. I am very sensitive when it comes to affairs of the heart."

She added: "I have distracted myself with work and obviously I am a busy mum," with her and Lee continuing to co-parent their daughter Betsy.

Denise recently shocked fans when she announced that she had ended her relationship with trader Eddie Boxshall.

She and Eddie began dating in 2014 after they met on a blind date, with the couple even appearing on Celebrity Gogglebox together in 2020.

During their time together, Denise had become a step parent to Eddie's children from a previous relationship, with speculation growing that the couple were going to get married.

Although Denise confirmed she was not in a rush to get married, she told Hello Magazine in 2021: "After we've finished our podcast and this dreadful lockdown ends, there will be wedding bells.

"Betsy is desperate for us to get married; she tells us that all the time. We want to do it, too, surrounded by all our family and friends."

However, Denise took to social media last week to announce their split, saying: "Over the past couple of months, there has been much speculation regarding my relationship with Eddie.

"It saddens me to confirm that we are no longer a couple. I had to make the difficult decision not to continue in our relationship."

She added: "I will always treasure the good times we spent together, and the memories made. We ask that you please respect our privacy at this time, especially for our children."