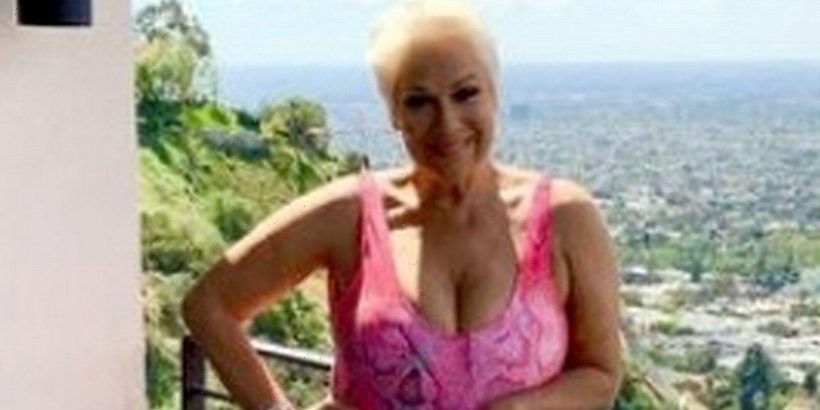 Denise Welch is a familiar face to TV watchers – from being on the Loose Women panel to acting on iconic soap Coronation street – she has become a well-known and well-loved figure.

The actress is known for being very open when it comes to her health and fitness journey, shedding weight, ditching booze and even releasing a fitness DVD in her time

The well-loved star is celebrating her 64th birthday today (May 22) and is looking better than ever – but still sporting her iconic cropped blonde hairdo.

To celebrate Denise on her special day, we're taking a look at her journey over the years.

The actress' first appearance on television was on Tyne Tees Television in their production of Barriers in 1981, and soon after she appeared in the hit-show Auf Wiedersehen, Pet in 1986.

Denise was cast in one of Britain's favourite soaps – Coronation Street – as Natalie Barnes in 1997, which is where she became a household name.

Only three years in 2000, Denise left the cobbled streets to spend some time with her family as she just had a new baby at the time.

The TV personality joined the Loose Women team back in 2005, alongside panelists such as Ruth Langsford, Kaye Adams and Nadia Sawalha who had all starred on the show since 1999.

In 2013, Denise joined Lighter Life and swapped an alcohol addiction with food.

She also got married to her second husband, Lincoln Townley, in the Algarve Portugal.

Denise has been very vocal about how she's "happier and healthier" since cutting out alcohol.

Earlier this year, she described it as "the best decision she ever made".

In June 2018, as Denise turned 60, she penned a letter to her 16-year-old self in Happiful magazine which read: "Don't worry about not finding love again… You will find the greatest love of all in your 50s.

"You probably think that’s a bit gross at 16, but believe me, it's a love like no other.

"And he'll be a young'un! Together you will be strong and defeat your demons as one."

This year, Denise has been showcasing her amazing weight loss, seven years after changing her lifestyle.

She looked fabulous in a blue bikini and cover-up as she went on holiday with her husband in Gran Canaria back in April.

But it's not just the weight loss behind Denise's transformation. In April she announced on her Instagram that it had been 10 years since her last alcoholic drink, claiming it was the "best decision she's ever made".

In the post she put side-to-side pictures of her now versus 10 years ago, in which she wrote: "Got a few more lines and wrinkles but it’s in the eyes. They have it."

She told her supportive followers that stopping drinking has changed her life and the lives of everyone she loves.

Denise was even branded unrecognisable to her followers as she shared a snap of her in long blonde wig, pink jumper and leggings.

Fans said that the star looked 20 years younger as she sported her new look, although Denise did admit that a few filters may have also been added.

During maternal mental health week, Denise bravely opened up about her post natal depression that "robbed her of joy" back in 1989 when her son Matty was born.

This year, Denise continues to be a much loved panelist on ITV's Loose Women, and she will be returning to BBC drama Waterloo Road as her character of French teacher, Steph Haydock.

Although it is yet unknown when the new series will be aired, it is said to be aired later this year.