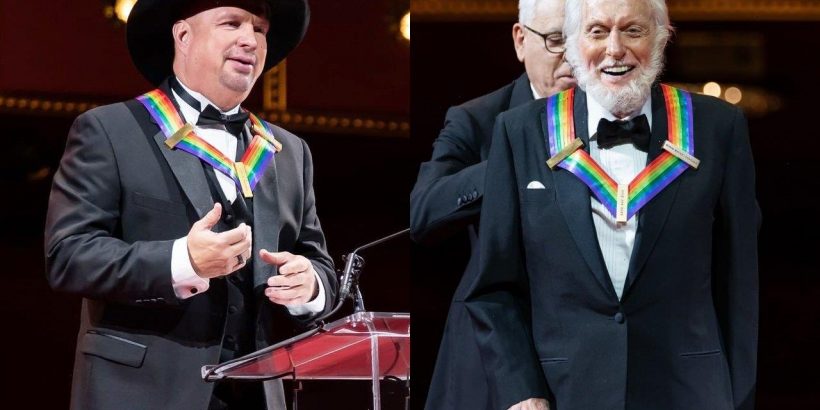 Five months after the original ceremony was postponed, the annual event taking place at the John F. Kennedy Center for the Performing Arts salutes them along with Debbie Allen, Joan Baez and Midori.

AceShowbiz –Dick Van Dyke, Garth Brooks and Debbie Allen were among the artists saluted on Friday, May 21 at the 2021 Kennedy Center Honors.

Singer Joan Baez and violinist Midori were also celebrated at the Washington, D.C. event, held at the John F. Kennedy Center for the Performing Arts, five months after the original ceremony was postponed due to COVID-19 concerns.

The members of the Class of 2021 were selected for the Kennedy Center Honors in recognition of their lifetime of contributions to American culture, with prior recipients Gloria Estefan serving as host and cellist Yo-Yo Ma performing at the prestigious gathering.

After the event, “Fame” star Allen took to social media to mark the occasion with a snap of herself and her actress sister, Phylicia Rashad.

“Me and Lish @KennedyCenter Honors Day 1,” she captioned the sweet shot.

Meanwhile, country superstar Brooks uploaded two pictures of himself with his wife, fellow singer Trisha Yearwood, and wrote, “To loosely quote Maya Angelou… I stand here as one but I stand here for the people who have carried me to this point. Grateful! love, g #KCHonors.”

In his speech, Brooks saluted other honorees as well as his wife. “The year after I met Bob Doyle, I met a young lady from Georgia, who would not only become a lifelong friend of mine – but who would become the love of my life, wife, and a second mother to our children,” he said. “The hero in our family. Six kids – five boys, one girl – she was tough. She had to be. She had to kick five boys’ asses every day.”