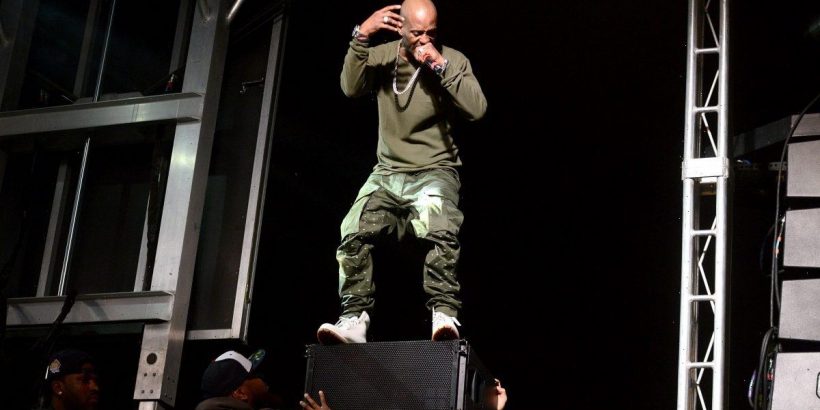 DMX died on April 9 at the age of 50. He had amassed dual careers in music and movies, but he remained humble. Even at the height of both careers, he did not consider himself a superstar.

DMX gave a press conference in 2004 for his film Never Die Alone, his first as a producer and fifth as star. Here’s what he said about being a superstar.

By 2004, DMX had influence in the music industry and was gaining it in Hollywood. Even though he produced Never Die Alone, DMX didn’t try to call all the shots.

“I treat people with the same respect that I want,” he said. “I don’t walk around big headed, I’m not a superstar, I’m a man like you’re a man. We’re all people. It’s a mutual respect. I’m not going to disrespect you. Don’t disrespect me. I say what’s up, I’m easygoing, but if you violate, sh*t happens.”

DMX: Kids only know him as Dad

It was also important to DMX to keep his career separate from his family. In 2004, his children were one, 4 and 11. He made sure he was only Dad when he was at home.

“When I’m at home, I don’t discuss business,” he said. “I don’t talk business, I don’t answer the phone. It’s just me, my wife, my children, my dogs. That’s my world. We go out, take a ride in one of the low riders or something. Totally different person than when I’m working. But the work comes to some headaches.”

DMX said he had ambitions when he was a kid. He developed his voice into adulthood, but he always knew he would make it.

“I listened to a tape of when I was about 16, 17,” he said. “My voice sounded nothing like this. I always knew that I was different. I didn’t quite categorize it as special at the time [but] I knew I wasn’t like a lot of the other kids, I knew I was smart. That’s one thing I did know. I knew that I was bright before I knew what they were talking about. I’d always hear the teacher say, ‘Oh, he’s very bright.’ I’m thinking that maybe it’s my smile or something. I didn’t know what the f*ck they were talking about.”

He also knew there was skepticism about rap artists crossing over into movies.

“Just because someone raps, doesn’t mean that’s all they can do,” he said. “A lot of people are multi-talented. Now, a lot of people get roles just because they’re selling a few records and they suck. It’s up to the producer to really make that decision and not allow that to happen. Because that’s what you call selling out, when a producer puts a motherf*cker because they sold a certain amount of records in a movie knowing they suck at acting.”