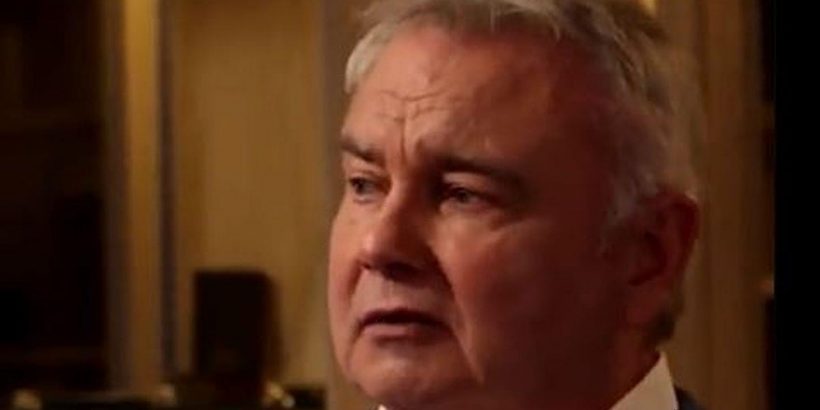 Eamonn Holmes revealed he once told Anne Robinson he'd "knock her f**king head off" after she said he had "sacrificed fatherhood for fame".

The well-known presenter, 61, revealed that the Countdown host, 76, had angered him after making comments on his parenting.

The former The Weakest Link host was not aware of the lengths he went to to be there for his children to watch them grow up.

Eamon told RTE One’s The Meaning of Life on Sunday: “This is coming from a man who would fly back from London for his kids’ school sports days, who would take the last flight out of Belfast at 10 o’clock at night when he’d tucked them up in bed at 8pm, you know, who just was there for them all the time at every need for them.”

“And this is the man who went into an airport lounge one Sunday morning, very, very early in Belfast, and there was one other person in that lounge and it was Anne Robinson.

“I walked over to her and I simply said, very coldly and heartfelt meant, “if you were a bloke, I would knock your f**king head off. I just want you to know that.'"

Eamonn says Ann said she was ‘only joking’ and told him not to take it seriously, but she also later apologised for her insensitive comment.

He explained: “Subsequently Anne Robinson then asked me to sit beside her on the plane and I thought twice about it and I sat down beside her, and we had a very enlightening conversation, a very sensible conversation, and she apologised.

“What can you do when someone apologises? You are left with a choice whether you forgive or don’t forgive, and I decided to forgive her.”

His children are called Declan, Rebecca and Niall, with Gabrielle Holmes and Jack Alexander Holmes with Ruth Langsford.

The TV host got emotional and broke down in tears during the interview as he remembered his own father, Leonard, who died suddenly in 1991 from a heart attack.

He admitted he misses him every day even after 31 years.

In 2018 Eamonn opened up about how he was hospitalised twice for the panic attacks his fathers sudden death have caused him.

“I've had a number of panic attacks, thank goodness it was 27 years or so ago. It happened to me once on air presenting BBC television,” he bravely revealed.

As Eammon is now 60 he fears he only has four years left to live as his father died at 64.