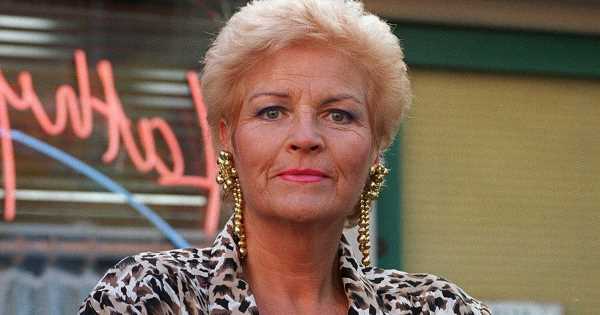 EastEnders legend Pam St Clement has been pictured for the first time in two years.

Pam, 80, starred as the iconic Pat Butcher for 26 years on the soap and has kept a low profile since leaving Albert Square in 2012.

Fans were over the moon when she made a rare appearance on social media as she celebrated her huge 80th birthday with a fellow EastEnders co-star.

On Wednesday (May 11), Pam looked joyful as she marked her birthday with Kellie Shirley.

Actress Kellie, 40, who played Carly Wicks in the BBC show shared a heartwarming picture of her and her children with Pam.

In Kellie's caption, she made reference to Pam's legendary status on the soap as she is one of EastEnders' longest-serving characters.

Her caption read: "Happy birthday to the Queen of #Walford and total legend that is #pamstclement #80. So much love and so glad you're in our life!"

For more of the latest showbiz news from the Daily Star, make sure you sign up for one of our newsletters here.

Sharing a heartwarming memory, one follower said: "Working behind a bar in Hastings, Pam was staying at our hotel and could see I was struggling, so jumped behind the bar and started pouring the drinks. Happy birthday Pam! An absolute legend."

Pam was last publicly seen fighting back the tears in 2020 after she expressed great sadness about not seeing a close friend and formerco-star Dame Barbara Windsor.

Barbara lost her six-year battle to Alzheimer's disease, aged 83, in a care home in December 2020.

Speaking on ITV's This Morning at the time from her Oxfordshire home, Pam admitted it was Barbara's husband Scott who kept her informed of her deteriorating condition.

She said: "We've stayed in close contact. He's kept me up to speed as it were with everything that's been happening.

"I've been out of the country for much of this year so I couldn't visit her, well nobody could visit her with the lockdowns and everything. It was impossible, which is sad in a sense because it means I haven't seen her for nearly a year and that is a sadness to me."