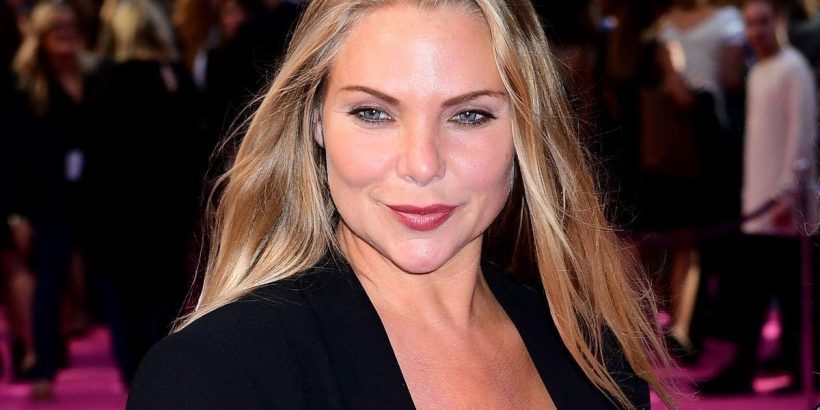 The ex EastEnders star's latest health update comes just days after she announced she had been diagnosed with breast cancer.

Samantha, 49, took to Instagram to update fans with a picture of a bowl of soup made by her boyfriend Oliver Farnworth.

The actress explained she had gone in for a breast cancer operation and was now recovering at home with some help from Oliver.

Sam said she was feeling "loved and grateful" following the support she'd received from her loving partner.

She wrote: "Recuperating after breast cancer op. My love makes me turmeric and ginger in the morning and homemade butternut squash soup in the evening……. feeling loved and grateful."

Her famous friends and fans flocked to the comments to support her during her tough time.

The actress, who is best known for playing Ronnie Mitchell on BBC One's Albert Square, shared her cancer news as she paid tribute to the late Olivia Newton-John.

The iconic Grease star and singer died aged 73 on August 8 following her own battle with breast cancer during the later years of her life.

Sam took to Twitter with a sweet snap of herself with Olivia, where she told fans about the special night she had inner with the singer.

She said: "This was the most magical of evenings. Olivia and Chloe had come to see Grease in London and we had dinner together afterwards. I was so excited and in awe, she was my childhood.

"I now start my own battle with this disease and am left feeling deeply moved. #OliviaNewtonJohn."

Her fans rushed to support her following the tragic news, with one writing: "Sending strength. Love you loads!!!!!!"

Another said: "Sorry to hear that Sam. Sending strength and love to you and the family"

A third commented: "You've got this! Chin up, each day at a time and you will smash it,"