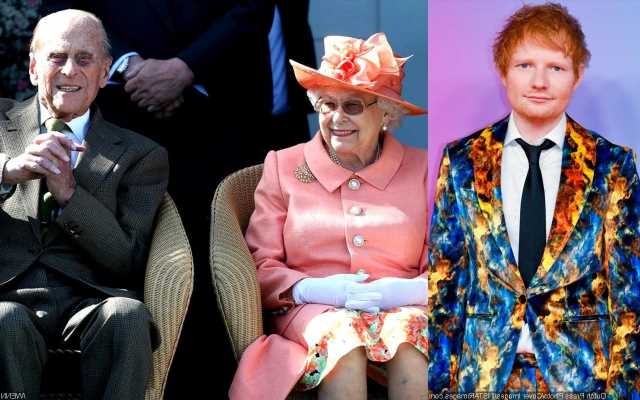 The Duke of Edinburgh’s loyal devotion to the Queen will be celebrated by the Grammy-winning crooner with his hit ballad ‘Perfect’ in a special tribute on Sunday, June 5.

AceShowbiz –Ed Sheeran will honor Prince Philip at this year’s Platinum Jubilee. The Grammy-winning musician is set to perform a musical tribute to the Queen and her late husband during a special celebration on Sunday, June 6.

The pop star is planning to sing his love song “Perfect” in honor of the couple’s lengthy romance during the Jubilee Pageant in London, which is part of four days of events marking Queen Elizabeth II’s 70 years on the throne. The crooner will perform the track at the finale of a carnival procession through the streets of the UK capital and the performance will feature a giant screen filled with images of the Queen and Prince Philip throughout their time together, per Daily Mail.

The Queen was married to Philip for 77 years. He died aged 99 in April 2021. The outlet also reports that the Jubilee Pageant will feature other tributes to the monarch and her late husband, including a Bollywood reimagining of their wedding, a representation of Philip’s sailing boat Bluebottle and puppet corgis and horses.

The report suggests 250 Bollywood dancers will perform along the Mall in London to a soundtrack of classic Bollywood anthems. The Jubilee Pageant is a 3km carnival procession with a cast of thousands and will end at Buckingham Palace where there will be a rendition of the National Anthem led by a gospel choir and a military band.

It will mark the end of four days of celebrations taking place across the country which kick off on Thursday, June 2 with a special Trooping the Colour parade and a flypast featuring 70 aircraft including the Red Arrows. The festivities also include a service at St Paul’s Cathedral on Friday, June 3 and a concert outside Buckingham Palace on Saturday, June 4.