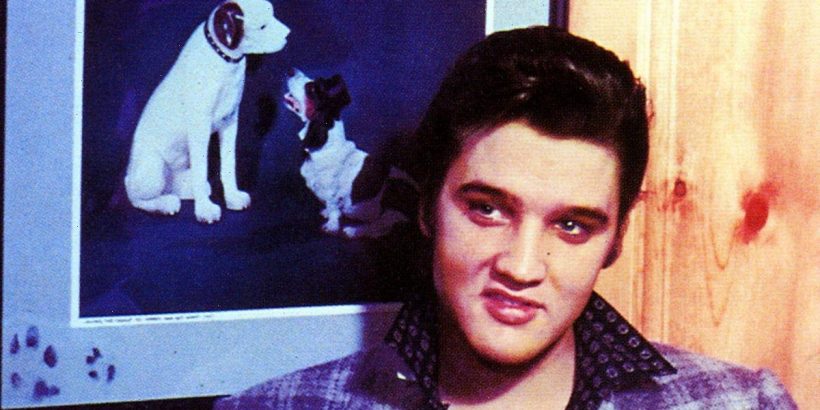 It's no secret that Elvis Presley wasn't exactly what you'd call a healthy eater.

It's also no secret that he had an issue with prescription drugs, including constipation inducing opioids.

So it should come as no surprise that the King of Rock 'n' Roll, whose favourite sandwich was said to be one filled with peanut butter, bacon and banana, ended up with a severely compacted bowel.

And there are some who believe a painful, four-moth build up of poo was to blame for his death.

His girlfriend Ginger Alden, 21, found him on the bathroom floor with his pyjamas around his ankles and backside in the air.

News of his death immediately sparked different theories and autopsy was carried out that same day – but no sooner was it written that it was sealed for 50 years, until 2027, by Elvis' family.

A popular theory claims that Elvis died while straining to go to the toilet, trying desperately to get rid of a four-month old stool in his bowel, while others claimed he died from a drug overdose.

An investigation was reopened in 1994, but coroner Joseph Davis ruled out a drug overdose.

In the last years of Elvis' life, his health had been deteriorating following years of prescription drug abuse.

The Suspicious Minds singer, who had dramatic weight gain in his later years, once weighed 25 stone and spent months barricaded in his bedroom gorging on cheeseburgers.

He even needed a full time nurse as he refused to bathe throughout 1975, causing him to develop sores on his body.

Elvis suffered from chronic constipation for years, as a result of his shockingly poor diet and the opioids, and a post mortem found he had a compacted stool that was four months old sitting in his bowel.

In his final months, he also suffered from glaucoma, hypertension, liver damage, and an enlarged colon, all of which were magnified and possibly caused by drug abuse.

In the seven months before his death he was also on a cocktail of drugs and had been prescribed almost 9,000 pills, vials and injections.

Dan Warlick, a medical expert who was at the post-mortem, said: "Presley's chronic constipation – the result of years of prescription drug abuse and high-fat, high-cholesterol gorging – brought on what's known as Valsalva's manoeuvre.

“Put simply, the strain of attempting to defecate compressed the singer's abdominal aorta, shutting down his heart."

Dr Nick George Nichopoulous, believed Elvis, who would have turned 87 this year, might have lived if he had not been too embarrassed to have a colostomy operation to remove part of his bowel.

He also said the condition was responsible for the singer’s dramatic weight gain in his later years.

He said: “He would have accidents onstage. He would have to change clothes and come back because of the way we were trying to treat his constipation.

“So if they had done the colostomy then, he’d probably still be here.”