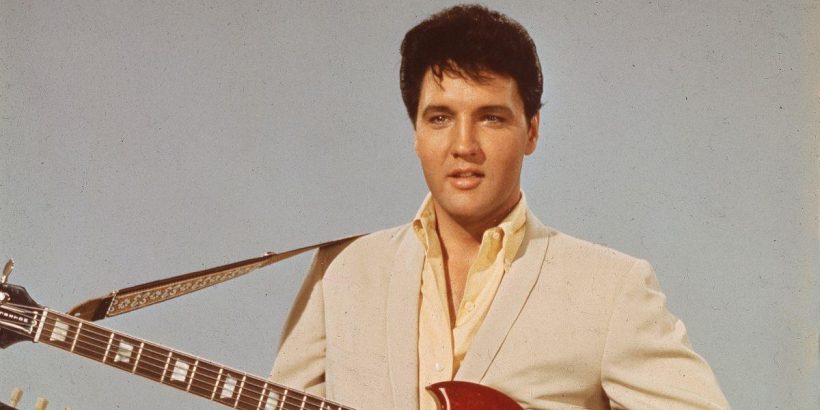 A new Elvis biopic is retelling the story of the King of Rock 'n' Roll, whose tragic death in 1977 shocked the world.

Starring Austin Butler as the singer, and Tom Hanks as his manager Colonel Parker, the highly anticipated film launches in cinemas today (June 24, 2022).

Over 45 years since Elvis' death, his music and legacy continues to be loved by fans across the world, with his records relived in the new biopic.

READ NEXT: Where are the 80s action heroes now – antisemitism row, affair and hunting backlash

However despite his huge fame, it is reported that Elvis only left a small fortune in his will following his death – with revelations about his royalties soon coming to light.

Elvis Presley was the undisputed king of rock 'n' roll, and as such, he amassed huge earnings from his hit singles, concerts – including his famous Las Vegas residency – and films.

It is no surprise then that the king is thought to have earned over £762million throughout his career.

However, Elvis was known to be a very generous man and would regularly spend his money on family and friends.

It is reported that if he was running low on money, he would book another tour or schedule a recording session – with the singer earning around £250,000 from a new album – along with concerts grossing on average £130,000 a night according to the LA Times.

Despite his staggering earnings throughout his lifetime however, it is reported that the star only had £3.8m in his bank account at the time of his death.

Additionally, the family also had to pay an IRS estate tax of £7.6m in 1981, after the IRS reportedly misvalued Elvis' estate – which was reported to be worth £22.5m instead of the first estimate of £4.9m.

Following Elvis' tragic death on August 16, 1977, the singer's last will and testament revealed that his fortune was left to his daughter Lisa Marie-Presley, who was just nine years old when her father died.

Due to Lisa's age, she was not able to inherit his fortune until she was 25 years old, with his father Vernon and ex-wife Priscilla Presley named as executors of his estate.

As well as the fortune and publishing rights to Elvis' work, Lisa Marie also inherited the image rights for Elvis and his Graceland home.

Lisa Marie also has sole ownership of Graceland, which is now a tourist attraction, as well as many of her father's personal items that are at the singer's former home.

She also had shares in Elvis Presley Enterprises (EPE), which was founded by Priscilla Presley to manage Elvis' estate.

Speaking in 1989 to the LA Times, Priscilla Presley said one of her initial worries was that there would be nothing left in Elvis' estate for Lisa Marie to inherit, saying: "A million things flashed through my mind.

"I worried about my daughter’s future and about Graceland and the people who had worked for us for 20 years.

"I couldn’t comprehend them not having jobs or a place to stay. The question I kept asking myself over and over was, ‘What are we ever going to do?"

After Priscilla founded the EPE, it enabled Elvis' estate to grow to a value of a reported £100m by 1993, following revenue brought in from Graceland, merchandising, image deals and royalties from songs recorded after 1973.

Although Elvis sang some of the biggest records in history, including Jailhouse Rock, Suspicious Minds, The Wonder Of You and Devil In Disguise, Forbes reported the large majority of the royalties from Elvis' music were owned by record company RCA.

Sun Records, who Elvis signed a contract with in 1954, also sold his catalogue of songs made at the label to RCA.

However, in March 1973, Elvis and his manager Colonel Tom Parker and negotiated a lump sum in lieu of all future artist’s royalties for anything recorded up to that time, which included quite a substantial back catalogue at this time.

Elvis and Colonel Tom received £4.2m at the time, which they split equally between them.

However, this deal meant that Lisa Marie Presley did not receive any royalties from Elvis' music recorded between 1954-1973 – a period of time in which some of the singer's biggest hits were released – but did receive royalties on the music released between 1973-1977.

Throughout his career, Elvis was managed by Colonel Tom Parker, who discovered the unknown singer in the early fifties.

However, it is reported that Colonel Tom Parker also had a 50 per cent commission for his work with Elvis, meaning that the singer earned even less from his work and royalties during his lifetime.

After making the royalties deal with RCA in 1973, Colonel Tom Parker was entitled to a 50 per cent commission on Elvis' cut, as well as earning a fee for his work, leaving Elvis with only £1.5m from the deal.

After Elvis died, the probate judge appointed a Memphis lawyer called Blanchard Tual, whose report accused the Colonel of "self-dealing and overreaching” and of having "violated his duty to Elvis and the estate".

It is reported that Colonel Tom Parker was later taken to court and removed as a beneficiary from future earnings relating to Elvis' work.

Over 20 years after Elvis' death on January 20, 1997, Colonel Tom Parker suffered a stroke, and died the following morning at a hospital in Las Vegas, Nevada, aged 87.

Colonel Tom is currently being played by Hollywood actor Tom Hanks in the upcoming Elvis biopic and in an interview on the Late Show, Tom Hanks said: "He was a very disciplined man, but also a guy who you might want to check your wallet to make sure you still have all those fives and tens."

However, the actor also added that Priscilla Presley defended the colonel when he met with her, adding: "I was expecting to hear stories about the distrust she had for Colonel Tom Parker over these many years.

"No. He was a wonderful man, and I wish he was alive today. He took really great care of us," but that she did add: "He was a scoundrel in his way."