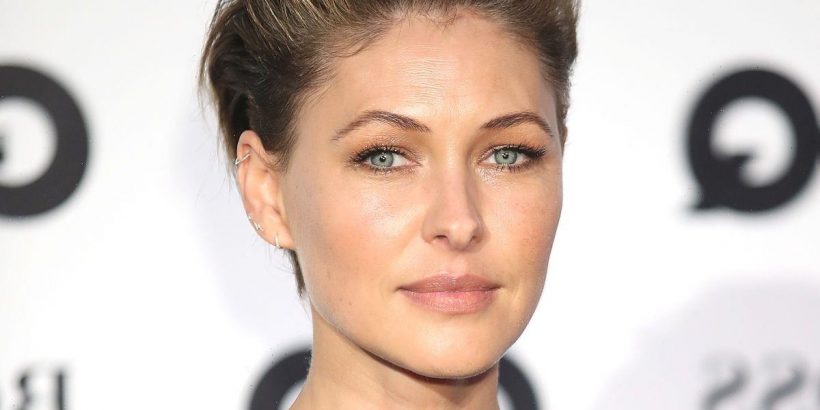 Cooking with The Stars presenter Emma Willis has revealed her anguish at having to rush her daughter to hospital shortly after she was born.

Speaking on Giovanna Fletcher's podcast Happy Mum Happy Baby, Emma, 45, said she felt like a "bad mum" when she realised she hadn't been producing enough breast milk to feed little Isabelle, who is now 12.

"I felt like a bad mum because for the first three days at home, I felt like I’d been feeding her 24 hours a day, but really no milk had been coming out," Emma revealed.

"So she’d had nothing. And literally she just turned and you could just see it, and I took her to A&E immediately."

Emma broke down as she remembered the pressure she put on herself to keep breastfeeding even though she was becoming depressed.

"I still continued to try to breastfeed for as long as I could because that was the thing to do," she said.

"Everybody that came in to visit me, I felt like I was looked down on.

"Every time they came in and there was a bottle of formula next to me, it was kind of like, 'Ooh, not persevering?'

"I was like, 'I am persevering, but she wants more and I haven’t got any.' So I had to top her up with [formula]."

Emma recalled that after six weeks of trying to breastfeed she had become very down.

"I was so down and so depressed and just crying all the time because I wanted to, I wanted to do the best for her, that my mum just went, 'Stop it,'" Emma said, her voice beginning to crack.

"Oh it gets me all upset thinking about it.

"So I got a bottle and a bit of formula and it was just happy days from then on."

Emma has three children with Busted's Matt Willis and the couple regularly catch up with their pals Giovanna and Tom Fletcher.

Matt and Emma share children Isabelle, Ace, and Trixie, while Tom and Giovanna are parents to Buzz, Buddy and Max. The two families recently holidayed together.

The two couples have a lot in common, with Matt and Tom sharing music interests and both Giovanna and Matt being former I'm A Celebrity winners.

For their staycation, the gang hired two neighbouring wooden cabins which Giovanna shared a snap of and revealed her joy at being so close to her pal Emma.